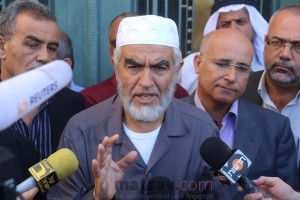 By Alexander J. Apfel
While terrorist attacks have been relatively low in the last few years when compared to Israel’s experience with the first and second Intifadas, there has been a noticeable upsurge of terrorist attacks in the past two years particularly during certain months of the year.

For example, in 2013, six out of seven terrorist attacks took place during the months of September, October, November and December which included the murder of Eden Atias, an 18-year-old soldier who was stabbed in the neck and heart while on a bus in Afula.

Terror reached its peak in July and August during 2014 as Operation Protective Edge was launched by the IDF. However, November saw what were arguably the most vicious of attacks: namely the stabbing to death of Dalia Lamkus (25) and Israeli soldier Almog Shiloni (20). Arguably one of the most notorious terrorist attacks took place on November 17, 2014 when two Palestinian cousins, entered the Kehilat Yaakov Synagogue in Jerusalem and killed five worshipers and injured twenty-five using guns, knives, meat cleavers and hatchets.

This year, notwithstanding three attacks in April and June which resulted in the murder of Danny Gonen, Shalom Sherki and Malachi Rosenfeld, September and October has seen the worst spate of terror and violence in years. Yesterday, October 13, Israel saw five separate terror attacks by way of car rammings, stabbings and shootings.

Dr. Shaul Bartal from the Middle East Department in Bar Ilan University, offered one potential factor to Tazpit Press Service (TPS) as to why the autumn and early winter months seem to be periods of escalated violence.

An annual event on the Al-Aqsa issue takes place in the city of Umm al-Fahm just prior to the Jewish new year of Rosh Ha’shana which usually falls in September. According to Bartal, during this event, Sheikh Raed Salah, head of the Islamic Movement of Israel’s northern branch, delivers the main speeches in which he praises “resistance” to such moves and encourages terrorist attacks.

“It’s reported in all sorts of [Palestinian] media outlets and has huge popularity,” Bartal told TPS.

Attendees this year, numbering 50,000, “come home, spread the message, and indeed on every Jewish new year, around September, we can see an escalation in violence, as we also see this year.”

He added that the issue serves as a rallying point for both secular Muslims and religious Islamists. “Jerusalem and Al-Aqsa are national Palestinian consensual symbols, not only religious ones.

For example, the November 2014 Har Nof synagogue slaughter was carried out by the Popular Front for the Liberation of Palestine, which views Jerusalem as a national symbol and not a religious one. This is especially used to encourage and justify attacks against synagogues, in Israel and in Europe, with the rationale being “you harm our holy places so we harm yours,” Bartel told TPS.

Israeli Prime Minister Binyamin Netanyahu has sought to stem the rising tide of terror by way of a combination of measures including swift home demolition of terrorists, the augmenting of civil and military security personnel presence and the closure of various Arab villages from which inhabitants are prone to attacks and violent protests. Most recently, the government authorized a proposal by Public Security Minister Gilad Erdan enabling Israel to hold on to the bodies of terrorists who have died while carrying out terror attacks.

Israel estimates that the current surge of terror attacks will last a few more weeks.