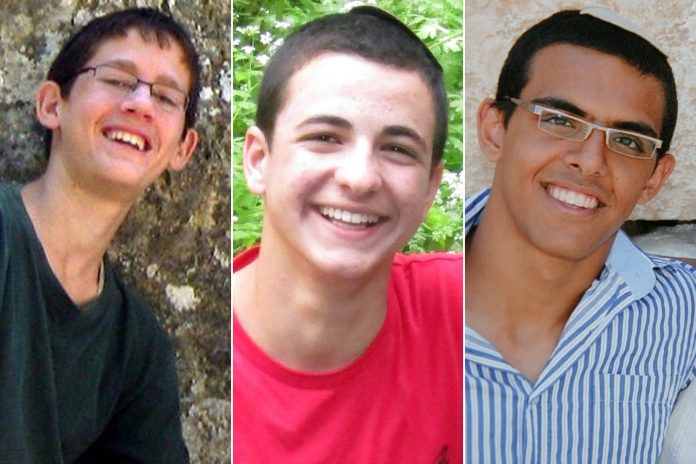 According to Israeli NGO Palestinian Media Watch, on July 7 the Palestinian Authority doubled the monthly salary it pays to Husam al-Qawasmi, the terrorist that planned the 2014 kidnapping and murder of Eyal Yifrach, 19, Gilad Shaer, 16, and Naftali Fraenkel, 16.

Since 2014 the P.A. has paid over NIS 350,000 ($98,000) to Qawasmi and to the families of the other two terrorists involved in the kidnapping and murders, who were killed while resisting arrest.

The rise in Qawasmi’s salary is a function of the 2004 P.A. Law of Prisoners and Released Prisoners, in which the P.A. codified its obligation to pay monthly salaries to terrorists, combined with the 2010 P.A. government regulations “Regarding the Regulation of Payment of the Monthly Salary to the Prisoner,” which, inter alia, established the pay scale according to which the P.A. pays terrorists, both those serving in Israeli prisons and those that have been released.

In addition to the monthly salary it pays to Qawasmi, the P.A. also pays monthly allowances to the families of the two dead terrorists, Marwan al-Qawasmi and Amer Abu Aisheh, who kidnapped and murdered the boys and who were themselves killed in September 2014 in an exchange of fire with Israeli security forces. While the payments are technically made and administered by the PLO’s Families of the Martyrs and Wounded Institution, that institution is entirely funded by the PA.

While in the midst of a self-imposed financial crisis, in the first five months of 2019 the P.A. paid over NIS 234 million ($65 million) in terrorists’ salaries, an 11.8 percent rise compared to 2018. These figures do not include payments to dead terrorists.