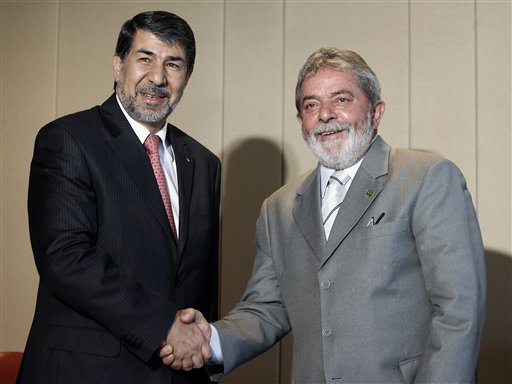 While the government of Brazil continues to refuse the appointment of Israeli-nominated ambassador Dani Dayan over his former leadership of the settlement movement in Judea and Samaria, the Palestinian Authority (PA) on Feb. 3 inaugurated an embassy and diplomatic mission in the Brazilian capital of Brasilia, despite the fact that the PA is not an officially recognized country.

The inauguration was led by the PA’s envoy to Brazil, Ibrahim Alzeben, and was attended by Brazilian government officials, representatives of Arab countries, and members of the local Arab community, reported Israel’s i24news.

“This is the conclusion of a dream of mine that was also a dream of colleagues that came before me in this mission in the last four decades. I hope that this is the beginning of a new phase in relations between Brazil and Palestine, that they can be closer and more diversified. And I hope that Brazil builds its embassy in Palestine, in Jerusalem,” Alzeben said.

An anonymous military source told Brazil’s Veja magazine last year—before the official inauguration of the Palestinian embassy—that the embassy building’s location is too close to major Brazilian government buildings, such as the Congress and Supreme Court, and that the Palestinian diplomats and their vehicles “cannot be checked.”

“The embassy is a sovereign Hamas area now,” said the source. “The site is strategic. Terrorists could access the whole governmental structure in half an hour.”