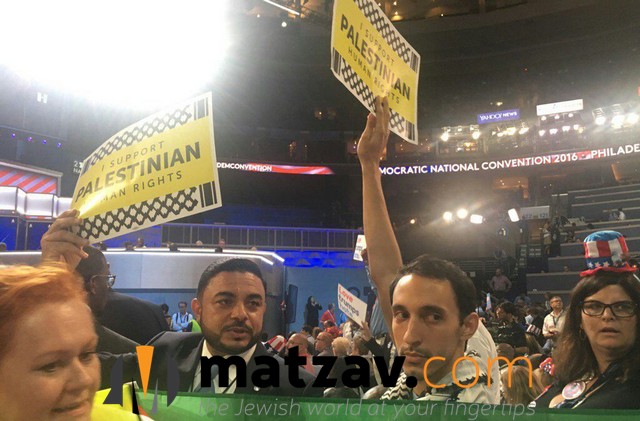 The flag of pan-Arab nationalism, born out of violent rebellion and struggle (or jihad), was flown last night on the floor of the Democratic National Convention. What it means that the flag of “Palestine” can be spotted in Philadelphia, with not an Old Glory in sight, is that the Democratic Party of America is taking a hard-left turn, reports BREITBART.

Bernie Sanders delegate Ali Akın Kurnaz is being credited on Twitter with raising the flag which represents a violent struggle against the only functioning democracy in the region, Israel. This is the only reasonable interpretation of what hard-left activists attempt to dress up in the garbs of “human rights” and “self-determination.”

The Palestinian flag is symbol of barbaric Arab nationalism, the kind of which saw the Grand Mufti of Jerusalem meet with Adolf Hitler in 1941 to discuss ridding the Arab world of Jews. Read more at BREITBART.