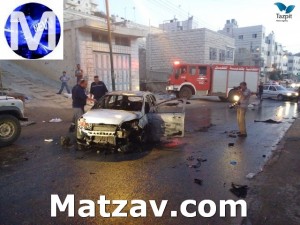 Faiz Abu Hamadiah, 51, of Chevron says he has been receiving death threats ever since he gave shelter to five American Chassidishe yeshiva bochurim who were attacked by a Palestinian mob on Thursday after they got lost en route to the Meoras Hamachpeilah in Chevron.

Hamadiah told Israeli Channel 2 TV that people threatened to “burn his house down, or cut off his head.”
“I’m not a hero; this is what every person should have done. I did it because I’m a human being,” he said. “I did the right thing. We need to live here together.”