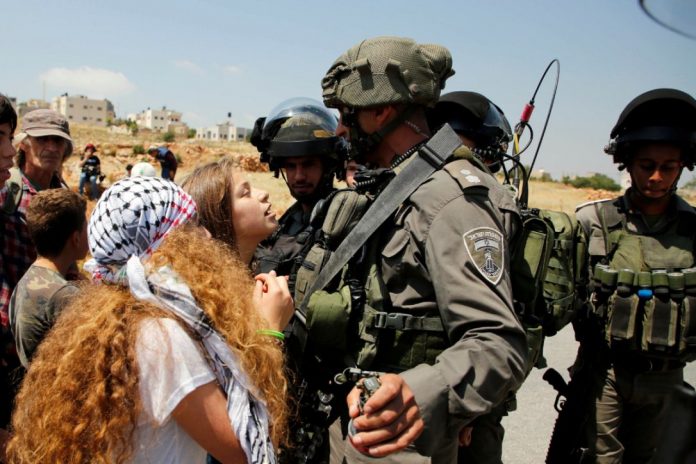 A 16-year-old Palestinian girl who slapped an Israeli officer two weeks ago will face assault charges in an Israeli military court, prosecutors said on Thursday.

The Dec. 15 incident in the West Bank was captured on video and posted on the internet, drawing attention on both sides of the Israeli-Palestinian divide.

The military said in a statement that the officer “acted professionally,” but right-wing Israeli politicians described his behavior as humiliating.

At Thursday’s hearing, in a military courtroom in Ofer prison near the Palestinian city of Ramallah, prosecutors said they intended to indict the teenager on charges that include aggravated assault and insulting a soldier.

Prosecutors asked the court to extend her detention for several days to give them time to prepare the charge sheet.