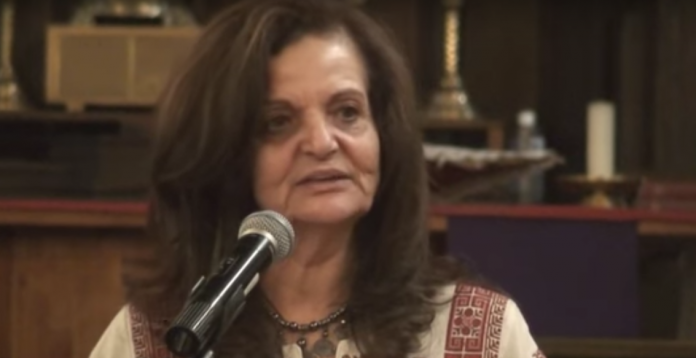 Rasmea Odeh, a 69-year-old convicted Palestinian terrorist, had her U.S. citizenship revoked by a federal court Thursday. She will be deported from the U.S. to her native country of Jordan.

Earlier this year, Odeh pleaded guilty to lying to immigration authorities about her criminal record when she applied for American citizenship in 2004. Specifically, Odeh failed to disclose her conviction and imprisonment in Israel for her role in a 1969 Jerusalem bombing that killed two Hebrew University students.

Odeh has previously confessed to planting the bomb in that Jerusalem terror attack, but later claimed her confession was made under duress. In 1970, she was sentenced to life in prison by an Israeli court, and served 10 years of her sentence before being released early in a prisoner exchange deal in 1980.

“Hopefully, this will be the final chapter in the tragic story of this still-dangerous and unrepentant PFLP terrorist who tried to fraud the U.S. immigration services,” said Nitsana Darshan-Leitner, director of the Shurat HaDin – Israel Law Center, which has supported victims of Odeh’s terrorism in the legal proceedings against her.

“We applaud the work of the American Department of Justice and in particular Assistant U.S. Attorney Jonathan Tukel, who really pursued Odeh with vigilance, exposed her lies and assured that her Jewish victims received a measure of justice and closure,” Darshan-Leitner said.