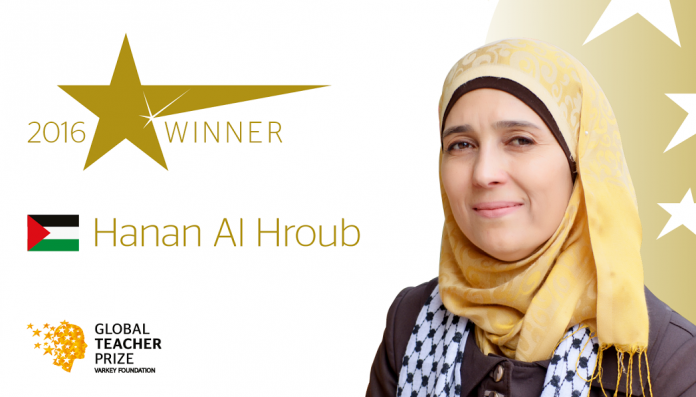 BREITBART reports: Donald Trump is criticizing Hillary Clinton over the fact that the Clinton Foundation is honoring a Palestinian teacher whose husband is a convicted terrorist on Tuesday evening.

Hanan an-Hroub is scheduled to speak at a Clinton Global Initiative event in New York after winning a $1 million teaching award from another charity that donates to the Clinton Foundation. Her husband, Omar al-Hroub, spent 10 years in an Israeli prison for his role in a 1980 bombing that killed six Israelis.

The event is going ahead as planned, despite the recent Islamist terrorist bombings in New York and New Jersey, which injured dozens.

Omar al-Hroub was convicted on charges that he was an accomplice in a deadly bombing attack in Hebron that killed Israelis walking home from Friday night Sabbath prayers. According to an Associated Press account at the time, Omar al-Hroub was a chemist who provided chemicals needed for making the bombs.

Today’s report that the Clinton Foundation is feting the wife of a Palestinian man convicted of helping bomb innocent Israeli citizens is deeply disturbing, especially in the wake of this weekend’s attacks. The decision to honor the wife of a terrorist by Hillary Clinton’s foundation shows a complete lack of judgment and a callousness that should disqualify her from holding the presidency.