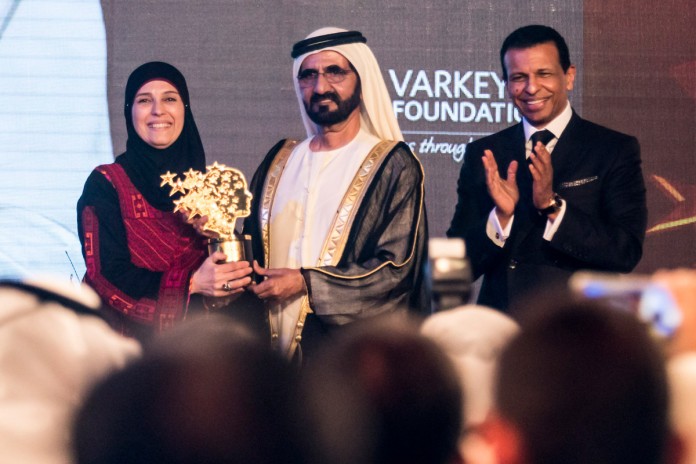 A Palestinian teacher received the $1 million Global Teacher Prize for her approach to teaching children through play.

Hanan Al Hroub, who teaches at the Samiha Khalil High School in the West Bank city of Al-Bireh, was honored with the award in the United Arab Emirates.

Pope Francis announced the winner via video message at the event, which was chaired by UAE Prime Minister and Dubai ruler Sheikh Mohammed Bin Rashid Al Maktoum. Prince William, UN Secretary-General Ban Ki-moon, Vice President Joe Biden, and former U.S. President Bill Clinton also recorded messages for the event. Hroub—who beat out nominees from Japan, Canada, Kenya, the U.S. and U.K.—said she would use some of the money to promote her education methods and support other teachers in the Palestinian “territories” (sic).

Maybe she can use the money to teach Palestinian youth about peace, rather than terror and destruction.