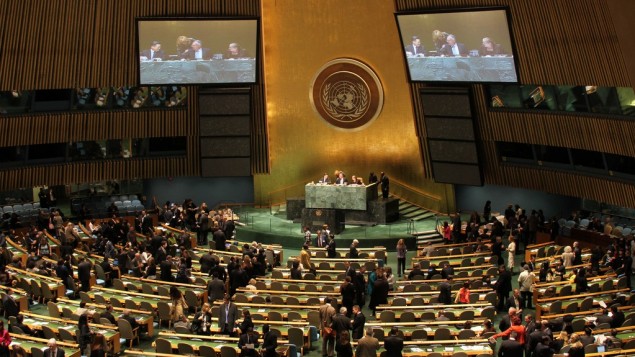 Following Monday’s US veto of a United Nations Security Council resolution that called for the withdrawal of President Donald Trump’s recognition of Jerusalem as Israel’s capital, the Palestinians will initiate a vote on the same measure in the UN General Assembly on Thursday.

Since the Palestinian Authority (PA) is a non-member observer state at the world body rather than a full UN member, a bloc of countries led by Turkey and Bolivia will submit the resolution on behalf of the Palestinians.

The measure is expected to pass due to the Arab and Muslim majority in the General Assembly, but would only be a symbolic move and would have no practical implications for Israel or the US.