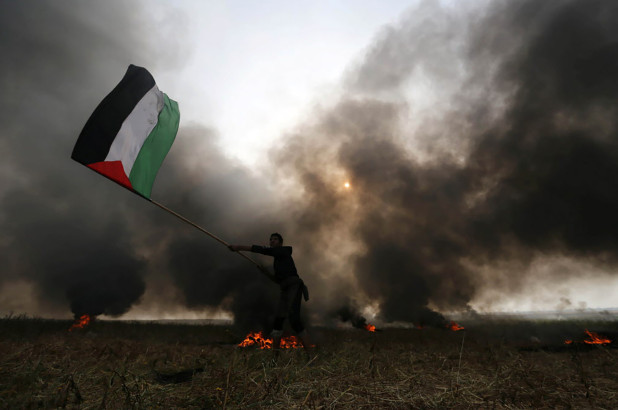 An Israeli military construction vehicle next to the security fence in northern Gaza was the target of an attempted bombing by Palestinians. No injuries or damage were reported.

Israel responded by striking Hamas terror targets in Gaza with tank fire, according to an army statement.

According to the Israel Defense Forces, an improvised explosive device was planted by a protester next to an IDF bulldozer on the Gaza side of the fence in a secure perimeter controlled by Israel. Israel is known to send bulldozers into this buffer zone in order to clear the area of brush and other debris.

The Gaza security fence has been the site of a serious uptick in tensions between Israel and Hamas. Hamas recruited as many as thirty thousand Gazans to participate in “March of Return” riots, where protesters attempted to attack the fence and IDF guards with Molotov cocktails, stones, burning tires and even live fire.

In February, four IDF soldiers were wounded when a bomb fashioned to look like a flag pole was affixed to the security fence during a mass protest and then detonated during a security patrol.