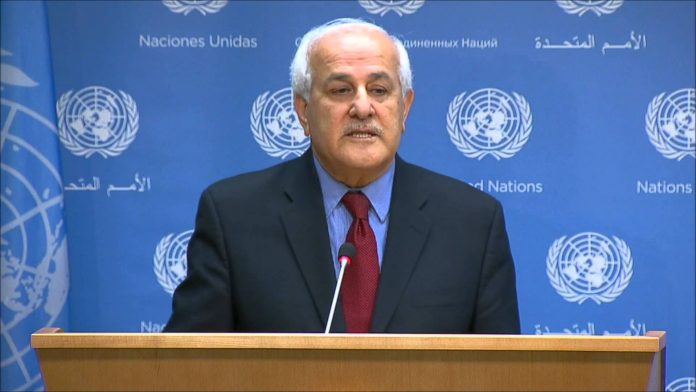 The Palestinians are pushing the United Nations Security Council (UNSC) to demand that the US reverse its recognition of Jerusalem as Israel’s capital.

At an emergency session of the UNSC on Friday convened by eight of the council’s 15 members, 14 member states condemned the US move.

“We are satisfied that there are 14 countries in the Security Council that are defending international law, defending Security Council resolutions as they relate to Jerusalem and rejecting the unilateral, illegal decisions by President [Donald] Trump two days ago,” said Palestinian Ambassador to the UN Riyad Mansour.

Due to US being one of five permanent members of the UNSC, the passage of a resolution on the matter is unlikely.

US Ambassador to the UN Nikki Haley defended the recognition of Yerushalayim as Israel’s capital, stating that America remains a credible peace partner in the Israeli-Palestinian conflict. She blamed the world body for being the real obstacle to peace.

“The United States has credibility with both sides. Israel will never be, and should never be, bullied into an agreement by the United Nations, or by any collection of countries that have proven their disregard for Israel’s security,” Haley said.

The US ambassador added that the UN has done “much more to damage the prospects for Middle East peace than to advance them.”

The US position on Yerushalayim has put it at odds with the four other permanent members of the Security Council — Russia, China, the UK and France — who have all condemned Trump’s Yerushalayim moves.