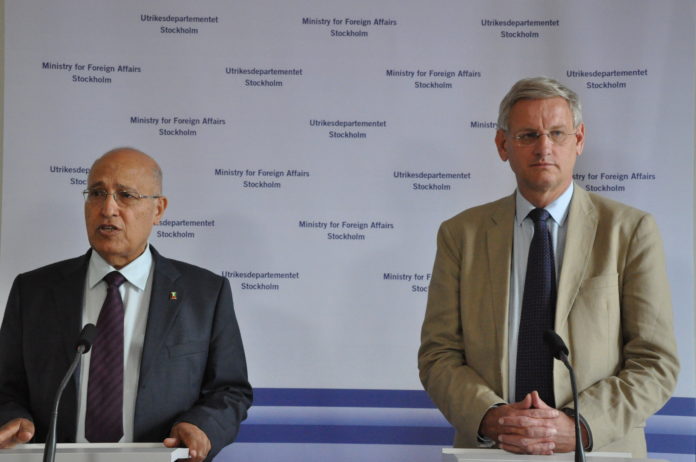 Senior Palestinian official Nabil Shaath said on Tuesday that America’s “collusion” with Israel was “unacceptable,” and that the Palestinians must persevere until the United States “loses control of the world,”

In a June 30 interview on Russia Today, Shaath, who serves as an adviser to Palestinian Authority leader Mahmoud Abbas, said that he believes the United States will lose control of the world within four to five years, and that Russia, China and Europe, which he said were all friendly to the Palestinians, are on the rise.

“We must not surrender to despair when confronting America and Israel,” he said.

In the meantime, he said, the Palestinians would confront Israel “by any means” should it implement its plan to apply sovereignty in the Jordan Valley and parts of Judea and Samaria.

“I have said it before and am saying it now loud and clear: If Israel acts on its threats, we are ready,” he said, adding, “We said right from the start that if Israel annexes even a single centimeter of Palestinian land, we will confront it. Our right to confront it is open on all fronts. What more could you possibly want?”

The Palestinians have thus far opted for peaceful economic and diplomatic measures, he said, but have the right under international law to use military force, as well.