The creation of man was no simple feat. In fact, Hashem seems to be disappointed with his less-than-perfect creation. He looks at Adam and declares, “It is not good for man to be alone I will create an ezer k’negdo.” The word ezer means helper, and the word k’negdo takes on various explanations, each defining the role of woman in completing and perfecting creation.

Simply put, the word k’negdo means opposite him. It can even mean against him. Rashi quotes the Talmud that explains that there is no middle ground in relationships. If one merits than the spouse is a helper; and if one does not merit, then the spouse is a k’negdo, against him.

Though the word k’negdo may mean opposite him, it need not mean a negative connotation. Opposite him, however, defines a relationship. One can not be opposite of no one. Why, then, does the Torah define this helper in such intersting terms? Why would it not have sufficed to call the new spouse a helper and leave it at that?

With the baseball playoffs fast approaching, a therapist in our community told me a fascinating story that reflects upon the strange state of affairs in some households.

A couple came to him for counseling in their predicament.

“My husband is only interested in the baseball playoffs! All he’s interested is in that stupid baseball! Yankees, Shmankees! That’s all he wants to do each night. ”

“That problem,” thought the doctor, “is not so unique. It occurs pretty often in households across the country.”

He was expecting to hear the husband defend himself with lines like, “it’s only once a year,” or only when New York is in the playoffs.”

He didn’t. In response the husband put his hands on his hips and faced-off.

“And what about her? All she wants to watch are the evening sitcoms and serials! They are meaningless fantasies! How does she expect me to see real men earning an honest living playing ball, when she wants to watch those silly dramas?”

The therapist pondered this modern-day struggle and offered his suggestion. “I see that your interests in televised entertainment are quite polarized. But I think there is a simple solution.”

He smiled broadly and with the confidence of responding with Solomonic wisdom he continued. “You are quite an affluent couple, and,” he added, “you have a large home. Why don’t you just buy an additional TV set, and each of you watch your desires in different rooms!”

The therapist’s smile faded as the couple stared at him in horror. “DIFFERENT ROOMS??” they shrieked in unison. “How can we watch in different rooms? That’s the time we spend together!”

Through its contrasting definitions of a spouse’s capacity, the Torah does more than warn us of problems. It explains what the best helper is. The appropriate helper and mate is not one who spends his or her time in a different world with different interests and no concern for the other’s. Rather, it is one who stand opposite the spouse and faces him. The shared enjoyment of each other’s company , the companionship of k’negdo, should outweigh a set of four eyes glued to an event in the distance. The Torah wants two sets of eyes facing each other. Sometimes in agreement, sometimes in disagreement as long as they are k’negdo, opposite the other. 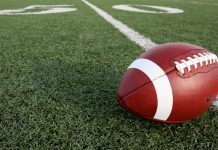