If he shall offer it for a thanksgiving offering, with the feast thanksgiving-offering shall he offer unleavened loaves mixed with oil, unleavened wafers smeared with oil, and loaves of scalded fine flour mixed with oil. Vayikra 7:12
The Korban Todah, Thanksgiving Offering, is basically a Shelamim, a peace offering But unlike any other Shelamim it is brought with four different types of flour offerings, ten of each type. Three are types of matzah, and the fourth is chametz. In addition, the normal timespan within which the Shelamim had to be eaten – two days and one night- is reduced to one day and one night for the Todah. To understand the significance of these deviations from the normal laws of Shelamim, we must first analyze the dynamics of thanksgiving.

The Gemara (Berachos 7b) relates that from the day Hashem created the world, no one thanked Him until Leah thanked Him for the birth of her fourth son Yehudah. At first glance, this Gemara defies understanding. Didn’t Adam, Noach, Avraham, Yitzchak, Yaakov, Sarah, Rivkah, and Rachel have countless reasons and opportunities to thank Hashem? And why didn’t Leah herself thank Hashem for her first three children?

The Midrash (Bereishis Rabbah 71:4) sheds light on this enigma:

R’ Berachiah said in the name of R’ Levi, “This can be compared to a Kohen who was given a large amount of terumah by one individual and did not thank him. He was then given a small measure of unconsecrated grain, and he thanked the donor. Said the first individual to the Kohen, I gave you a large amount, and you did not thank me; he gave you a very small amount and you thanked him. The Kohen replied, you gave me what rightfully belonged to me, so I saw no reason to thank you. He gave me what belonged to him and upon which I had no claim. Therefore I thanked him. So, too, our mothers knew that Yaakov would have twelve sons, and each one of the four mothers expected three. Therefore, when Leah had her fourth son, she thanked Hashem, for she had received more than her portion.
Thanksgiving is a recognition of receiving something undeserved and feeling indebted to repay the giver with gratitude. The more one feels that the bounty received was indeed earned or deserved, the less necessary the show of gratitude. A laborer does not owe his boss a thank-you for paying him his previously agreed upon wages, but for an unexpected bonus a thank-you is appropriate.

From the time the world was created, no one ever felt that the bounty given to them by Hashem was totally undeserved. Even the greatest people thought that what was given to them was part of God’s plan for the world, and therefore not completely undeserved. But God’s plan could have been equally fulfilled if the fourth son born to Leah had been born to any of her sisters. Thus Leah felt his birth was totally unearned, and required the full measure of gratitude.

The Midrash (Berashis Rabbah 71:5) links Leah’s thanks to the admission of Yehudah that he was responsible for Tamar’s pregnancy. In Lashon Hakodesh the same verb, lhodot, means “to confess” and “to thank.” An admission that what one has received from Hashem was totally undeserved is the foundation of thanksgiving.

Usually we offer thanksgiving to God for a salvation from a misfortune or calamity. But if we truly believe that everything that occurs in this world is the result of Divine Providence, then it is hard to understand why we should thank Hashem for saving us from misfortune, since He Himself caused that misfortune. Would we thank somebody for paying our medical bills if we fell into a concealed trap he had left in a public thoroughfare?

The answer is that we have chosen the wrong analogy. Consider an orthopedic surgeon who notices someone walking in a manner that is symptomatic of a rare, crippling bone disease. The condition can only be cured if the bones are broken and reset before the disease progresses to the point of no return. Realizing that the patient’s gait reveals that not too much tie is left before his condition is irreversible, the surgeon takes an iron pole and swiftly breaks both of his legs and then proceeds to set them and nurture the patient back to health. In this instance the surgeon deserves thanks both for breaking and setting the legs.

There is one final aspect of thanksgiving to be considered. “R’ Levi taught: Leah grasped the idea of thanksgiving and all of her descendants followed suit. Yehudah confessed; David [said], ‘Praise God for He is good and His kindness endures forever.’ ”

When one recognizes his own guilt in bringing spiritual illness upon himself and God’s hesed in saving him from misfortune, his feelings of gratitude must be expressed ublicly as David’s were. That expression of gratitude then becomes a lesson to others in recognizing God’s goodness and intimate involvement in the events of this world. We say in Shemoneh Esrei: Nodeh lecha- we will thank You, Hashem; un’saper tefilatecha- and we will recount Your praises.” It is not sufficient to thank Hashem quietly; one must recount his debt of gratitude to others: “I will sacrifice to You a thanksgiving offering, and I will call out and proclaim to others the name of Hashem: (Tehillim 116:17)

Abarbanel explains that the eating time for a Korban Todah is reduced to one day and a night precisely to necessitate having others share in its consumption. In this fashion, one’s gratitude and raise of Hashem are made public.

The four types of breads represent four aspects of true thanksgiving. The chametz represents the yetzer hara, the confession that even the misfortune and calamity were for our benefit and were brought about by our sins. The matzah that is boiled first in water so that it will absorb and hold in the oil is symbolic of the ability to contain oneself and admit that the county one received is unearned and undeserved. The matzah made of flour saturated with oil is symbolic of the feelings of gratitude that permeate one’s entire being. And finally, the matzah fried in oil from without symbolizes the responsibility to publicize and share with others the enlightenment one receives from experiencing God’s Divine Providence.

Today in place of the Korban Todah we recite Birchas Hagomel. It too, reflects all four aspects of thanksgiving; ” Hagomel l’hayavim tovot – God grants good to those who are guilty and undeserving,” signifies an acceptance of our guilt for the misfortune and admission that the subsequent salvation was undeserved; Gamalnu kal tov – Who benefited us with total good” is an expression of total thanksgiving for Hashem’s undeserved beneficence. This berachah must be said publicly in the presence of a minyan and evoke in those hearing it the response, “He who benefited you with total good, may He benefit you with total good forever. 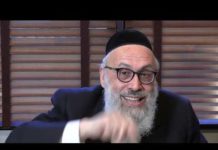 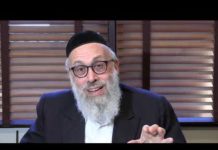