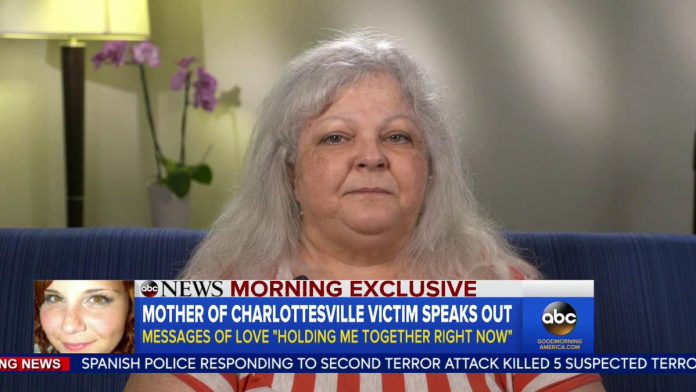 >>Follow Matzav On Whatsapp!<<
The mother of the 32-year-old woman killed in Charlottesville last weekend says she isn’t willing to speak to President Trump anymore, following his Tuesday comments “equating the protesters with the KKK and the white supremacists,” the Daily Beast reports.
Trump reportedly called Susan Bro during the funeral for her daughter, Heather Heyer. “At first I just missed his call,” she said on Good Morning America. Later that day, she received at least three more “frantic messages” from White House press secretaries. Then, she had a chance to listen to Trump’s words. “I’m not talking to the president now, I’m sorry. After what he said about my child,” she said. “You can’t wash this one away by shaking my hand and saying ‘I’m sorry.’”
{Matzav.com Newscenter}