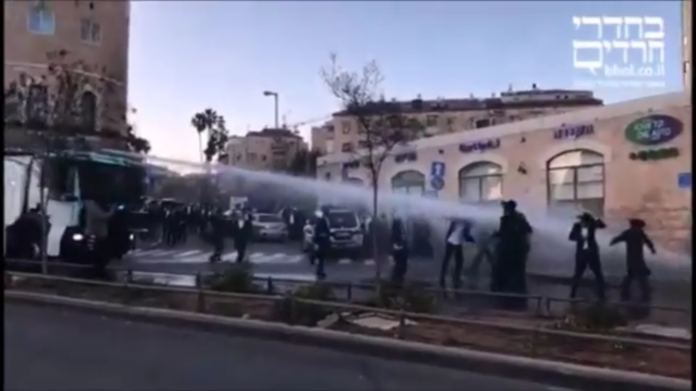 A Peleg led Hafgana took place on Monday, blocking off Sarei Yisroel in Yerushalayim. Water tanks were brought in to combat the protesters, whose demonstrations coincide with President Trump’s visit to the city.

R’ Auerbach called for the protest following the arrest of a bochur who agreed to go down to the police station after allegedly being assured by police that he wasn’t in danger of incarceration.