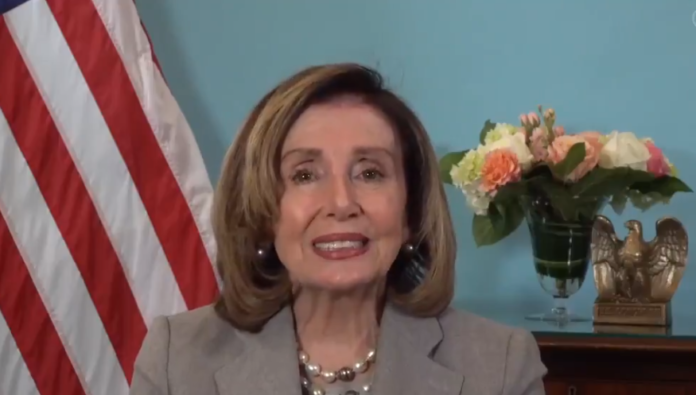 A statement on Afghanistan by House Speaker Nancy Pelosi, D-Calif., is being denounced on Twitter for “unspeakable foolishness,” “completely partisan,” and disingenuous to women who many expect will face abuse and oppression under the Taliban regime.

Not only that, but a statement on former President Donald Trump’s past plans for a troop drawdown in Afghanistan last November brought warnings from Pelosi herself, exposing partisan hypocrisy.

Pelosi praised the “wisdom” of Biden’s troops withdrawal, which has ultimately brought the Taliban to the doorstep of the Afghanistan capital city of Kabul.

“The president is to be commended for the clarity of purpose of his statement on Afghanistan and the actions he has taken,” Pelosi’s statement Saturday began.

“Once again, I want to acknowledge the clarity of purpose of President Biden’s statement and the wisdom of his actions,” it concluded.