While 2008 was not Hillary Clinton’s time to be president, Rep. Nancy Pelosi (D-Calif.) thinks 2016 will be a different story.

In a Sunday interview with The San Francisco Chronicle, Pelosi referred to Clinton as Democrats’ “shot” for that election.

“Why wouldn’t she run? She’s a magnificent secretary of state,” the House Minority Leader said.

Back in April, Pelosi voiced similar sentiments. At a Q&A in New York, she dismissed the idea of Clinton replacing Joe Biden as Barack Obama’s 2012 running mate.

“I do think, though, the secretary should entertain the thought of running in 2016,” Pelosi added.

Pelosi is not the only Democrat to have faith in Clinton’s possible presidential ambitions. In his new book “A Nation Of Wusses,” former Pennsylvania Gov. Ed Rendell noted that he thinks right now is not her time. As for 2016?

“I believe that when she gets some rest and has a chance to reflect on what she wants, the challenges facing the country will be too great for her to resist and she will change her mind,” Rendell said.

Listen: The Daily Tefila4Life Shiur On Matzav.com: Why Is Tefila Considered The Main Avodas Hashem? 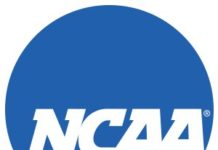