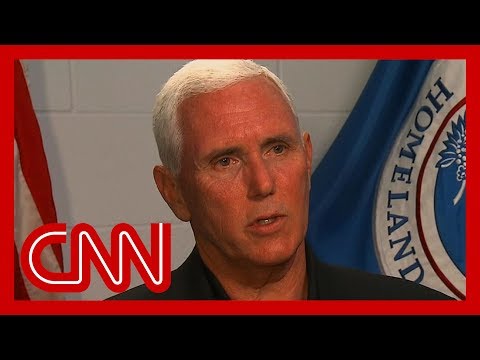 Vice President Pence on Friday called it an “outrage” to equate migrant detention facilities with concentration camps, pushing back on criticism of the crowded facilities at the southern border.

Pence made the remarks after visiting detention centers in Texas near the U.S.-Mexico border that the administration says show the strain immigration enforcement agencies are under.

“I hope first and foremost that we put to the lie this slander against Customs and Border Protection. People saying that families and children are being held in concentration camps is an outrage,” Pence told CNN.

“The Nazis killed people. Our Customs and Border Protection, as you heard today, are saving lives every day,” he added.