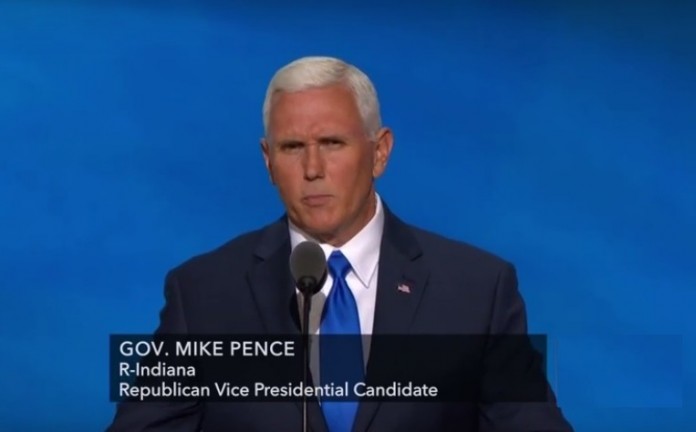 In his scintillating speech last night at the Republican National Convention, Mike Pence, the Indiana Governor selected by Trump as his running mate, expressed unstinting support for Israel.

Pence said that Trump“will confront radical Islamic terror at its source and destroy the enemies of our freedom.”

Pence remarked, “And if the world knows nothing else, it will know this: America stands with Israel.”

This remark received a rousing ovation.