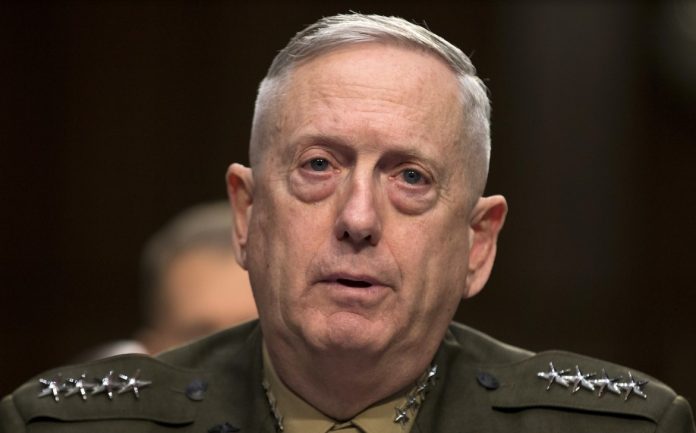 Defense Secretary James Mattis warned on Sunday that a war with North Korea would be “catastrophic,” and would place United States allies in the region at extreme risk.

“The North Korean regime has hundreds of artillery cannons and rocket launchers within range of one of the most densely populated cities on earth, which is the capital of South Korea,” Mattis said on CBS’s “Face the Nation.”

“This regime is a threat to the region, to Japan, to South Korea. And in the event of war, they would bring danger to China and to Russia as well,” he added. “But the bottom line is it would be a catastrophic war if this turns into a combat if we’re not able to resolve this situation through diplomatic means.”

Tensions rose between Washington and Pyongyang last month over the North’s rapidly advancing nuclear and missile programs, prompting the U.S. to move a Navy strike group into the west Pacific near the Korean Peninsula. North Korea denounced that maneuver as an act of aggression and threatened a strike on the U.S. if provoked. Read more at The Hill.