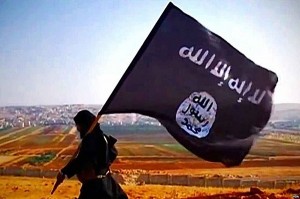 ISIS has issued a “hit list” containing the names of American military personnel. The Pentagon is concerned the personal information of as many as 70 high-ranking officials was made public, which included names, addresses, phone numbers and photographs, reports TRU NEWS.

Lieutenant Sean McFarland, commander of coalition forces in Syria was at the top of the list. The other targets were also in charge of U.S. strikes in Syria and Iraq.

“As you continue your aggression towards the Islamic State and your bombing campaign against Muslims, know that we are in your e-mails and computer systems, watching and recording your every move,” read the warning to the U.S. military officials.

The warning also stated that the caliphate “will strike at your necks in your own lands”.
“Kill them wherever they may be. Knock on the doors of their homes, cut off their heads, stab them, shoot them in the face or blow them up,” the message urged jihadists. Read more at TRU NEWS.