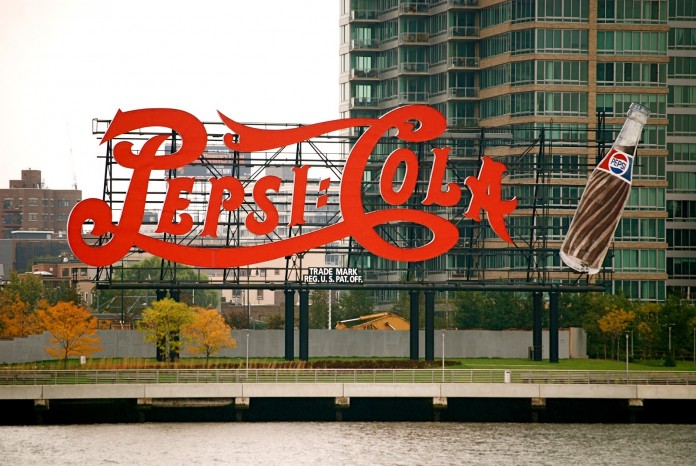 The Pepsi-Cola sign in Long Island City — a dazzling swirl of red curlicue letters that evokes innocent days of summer, heavy industry in Queens and a spectacular disregard for the waterfront in the mid-20th century — is now an official New York City landmark, reports the NEW YORK TIMES.

“Its prominent siting and its frequent appearances in pop culture have made it one of the most endearing and recognizable icons on the Queens waterfront,” Meenakshi Srinivasan, the chairwoman of the Landmarks Preservation Commission, said in a statement.

The sign has been under consideration by the commission for 28 years. It was one of eight sites on the commission’s backlog agenda to be given landmark status on Tuesday. Read more at the NEW YORK TIMES.