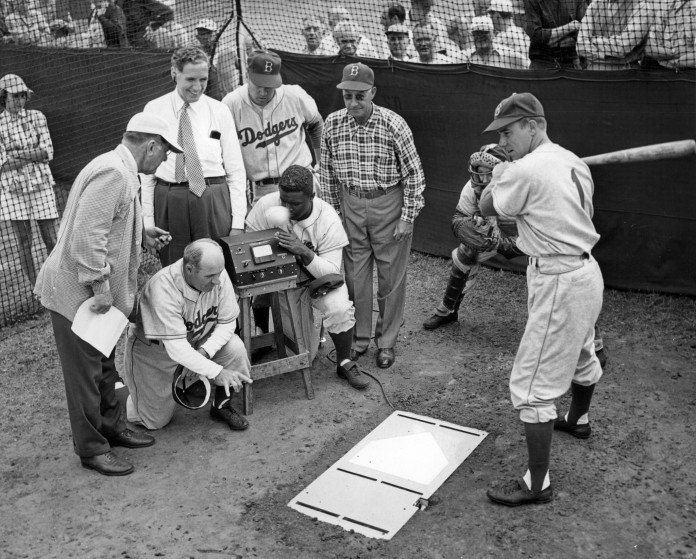 One day in March 1950, a batting cage at the Brooklyn Dodgers’ spring training camp in Vero Beach, Fla., became the setting for an event that looked as if it came out of the future: strikes being called not by a man in a mask, peaked cap and chest protector, but by a machine.

“This was really high-tech stuff,” said pitcher Carl Erskine, recalling the sight of the device during a telephone interview from his Indiana home.

The so-called “cross-eyed electronic umpire” introduced that day used mirrors, lenses and photoelectric cells beneath home plate that would, after detecting a strike through three slots around the plate, emit electric impulses that illuminated what The Brooklyn Eagle called a “saucy red eye” in a nearby cabinet.

Popular Science declared, “Here’s an umpire even a Dodger can’t talk back to.” Read the full report HERE.