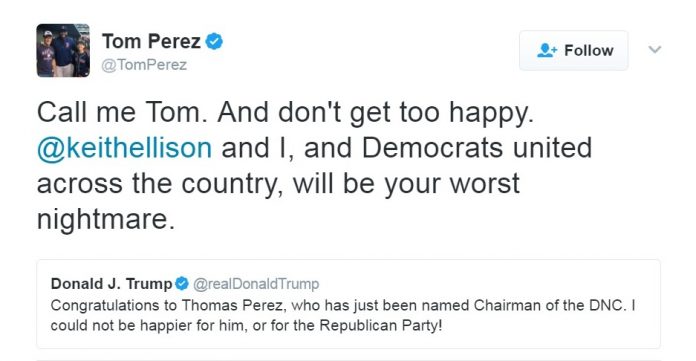 “Call me Tom. And don’t get too happy,” tweeted Perez, the former Labor secretary during the Obama administration. Perez added that Rep. Keith Ellison (D-Minn.), his primary rival for the DNC position that he appointed his deputy, would join other Democrats in being Trump’s “worst nightmare.”

The response came after Trump tweeted that he “could not be happier” for Perez – or the Republican Party – following the former Labor secretary’s election to lead the Democratic Party.