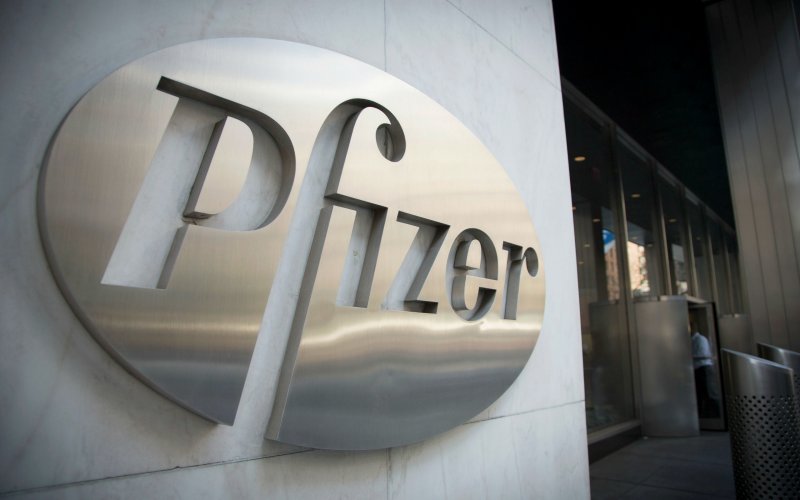 >>Follow Matzav On Whatsapp!<<
U.S. pharmaceutical giant Pfizer has agreed to a license-sharing deal that would allow its experimental covid-19 drug to be manufactured more widely around the globe. It’s an agreement that the company says could give more than half of the world’s population access to the treatment, even as Pfizer rebuffs calls to grant poorer countries access to its coronavirus vaccine formula.

The company said earlier this month that the drug, a pill regimen called Paxlovid, reduced the risk of covid hospitalization or death by 89% when administered within three days of the onset of symptoms. It has not yet received regulatory approval in the United States, but Pfizer said that it plans to seek authorization from the Food and Drug Administration as soon as possible.

“This license is so important because, if authorized or approved, this oral drug is particularly well-suited for low- and middle-income countries and could play a critical role in saving lives, contributing to global efforts to fight the current pandemic,” said Charles Gore, executive director of Medicines Patent Pool, the non-profit group that reached the agreement with Pfizer.

MPP is backed by the United Nations and has a mandate to facilitate global access to life-saving medicines. Pfizer is the second drug manufacturer to reach an agreement with the group, which can grant sub-licenses to other manufacturers to produce generic versions of the pill.

U.S. pharmaceutical giant Merck announced last month that it had agreed to share the license for its own covid-19 antiviral pill, molnupiravir, that it developed with Ridgeback Biotherapeutics.

The fact that a second covid-19 drug could see wider use with an MPP agreement is “very good news,” Ellen ‘t Hoen, director of the research group Medicines Law & Policy, said of the Pfizer agreement.

“This is setting the precedent that if you have a covid-19 countermeasure, you license for wider use,” said ‘t Hoen, who is also a member of an MPP expert advisory group.

Pfizer and MPP said in a joint statement that the deal would allow manufacturers to supply countries comprising some 53% of the world’s population – and that the company would offer tiered pricing based on a country’s ability to pay. Lower-income countries would pay a not-for-profit price.

Pfizer will also forgo royalties in low-income countries and waive them in others, so long as covid-19 remains an international public health emergency, the statement said.

“We must work to ensure that all people – regardless of where they live or their circumstances – have access to these breakthroughs, and we are pleased to be able to work with MPP to further our commitment to equity,” he said in a statement.

But while the covid-19 pills appear to mark a significant step toward managing the pandemic, experts say that the anti-virals are not a magic bullet – and that vaccine producers like Pfizer should license their intellectual property and know-how to the patent pool.

“After all, prevention is better than cure,” said ‘t Hoen.

In some countries where access to testing is limited, experts say that it could be difficult to diagnose patients in time to administer the pill regimen effectively.

Bourla, however, has been a vocal critic of those urging Pfizer to share its vaccine formula, which the company developed with the German firm BioNTech. He called the idea “nonsense” and “dangerous” at a forum last year.

Pfizer spokesman Kit Longley defended the company’s approach in a statement this week and raised concerns about the ability of organizations “without a proven track record” to manufacture high-quality vaccines.

“While we pursue our current strategy, we will continue to evaluate whether and where other options may be appropriate,” he said.

Paxlovid and molnupiravir are not designed to prevent infection but, as pill-based drugs, they are easier to store and administer than vaccines. They also do not rely on the complicated messenger RNA technology that powers the Pfizer shot.

Both drugs have been studied for use specifically in high-risk individuals. And Britain recently authorized molnupiravir only for patients who are 60 or older or have at least one underlying condition that puts them at risk of developing severe illness.

Molnupiravir works by garbling the virus’s genome while Paxlovid uses an experimental molecule to block an enzyme that the coronavirus needs to make copies of itself. The Pfizer molecule must be given in combination with ritonavir, an antiviral drug used to treat HIV that helps slow the molecule’s breakdown.

Having a combination of pills available could help prevent the coronavirus from developing a resistance to treatment, said Katherine Seley-Radtke, a chemistry professor at the University of Maryland, Baltimore County.

“If you can stop the replication at several steps or with multiple drugs, you exponentially decrease your chance of the virus developing resistance,” she said.

Pfizer says that it has already started manufacturing Paxlovid and that if the FDA authorizes the pill, it could be available right away – but in limited quantities.