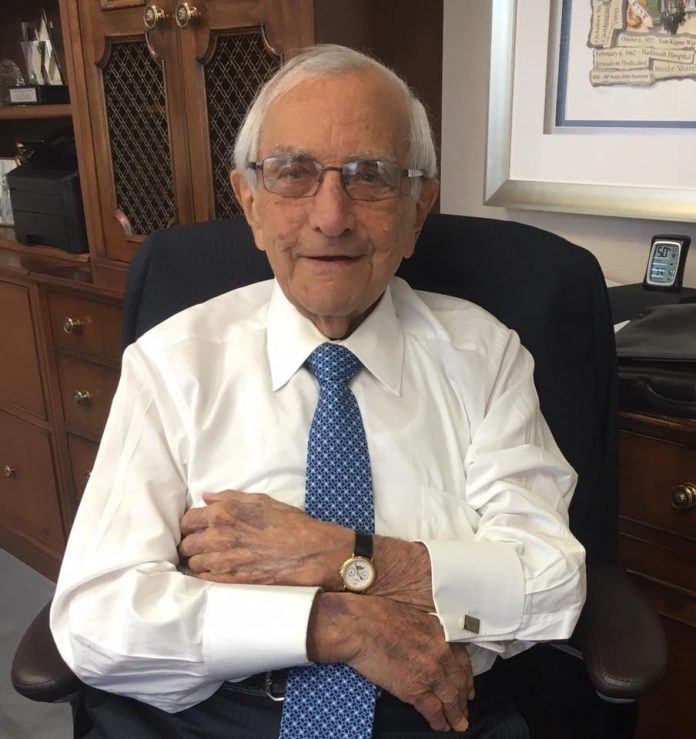 Philanthropist and businessman Eugen Gluck passed away last this week night in New York. He was 92 years old.

Born in Romania, Gluck came to the United States after having survived the Holocaust, and soon found success in the watch industry. His brand, Armitron Watches – which remains one of the largest watch brands in the United States – was among the first to sell affordable digital watches on the global consumer market.

For his 90th birthday. he was featured on the social media page ‘Humans of Judaism ‘ which noted he was coming in to work daily even in his ’90s and his motto was “never give up.”

Gluck is also widely known for his philanthropic efforts, and was one of the first Jewish American philanthropist to support and invest in Jewish settlements in the West Bank. Indeed, his support played a major role in facilitating the building and expansion of settlements, and was pivotal in rebuilding Jewish life in Beit El.

In 2018, when his wife Jean passed away at the age of 91, former MK Yaakov Katz [National Union], who is one of the founders of both Beit El and Beit El Bet and worked extensively with the Glucks, said “the fact that there are today over 300,000 Jews in the eastern neighborhoods of Jerusalem and some 450,000 in Judea and Samaria is due in great part to Mrs. Jean Gluck […] and her husband, Eugen.”

Shiva is being observed at the Gluck residence, 99 Tennis Place in Forest Hills, until Tuesday morning.