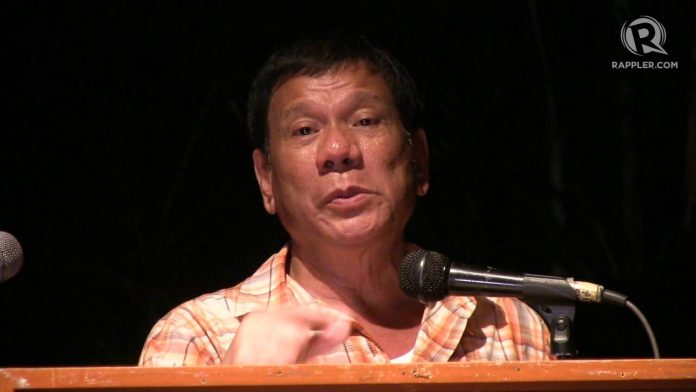 Philippine police fatally shot more than a dozen people, including a mayor whom President Rodrigo Duterte publicly linked to the drug trade, during an early morning raid Sunday.

Reynaldo Parojinog, mayor of Ozamiz City in Mindanao in southern Philippines, and at least 14 others, including his wife, are the latest casualties in Duterte’s brutal drug war. It has killed thousands of suspected drug users and dealers. Parojinog was the third mayor killed in the government’s crackdown on narcotics, specifically methamphetamine, locally known as shabu.

Authorities said Parojinog and others were killed in an exchange of gunfire with police. Ozamiz police chief Jovie Espenido said officers went to search Parojinog’s house for illegal firearms when they were met with gunshots and were forced to fire back, the Associated Press reported. A grenade held by one of the mayor’s bodyguards exploded during the confrontation, Espenido said.

“He’s a high-value target on illegal drugs,” Espenido said, according to the AP.

Echavez told reporters Sunday that no one from their side fired a weapon.

“I am asking President Duterte to investigate this and the Senate of the Philippines,” she said, as family members stirred her away from reporters.

Espenido said during a news conference that police used necessary force during the raid.

“There’s no extrajudicial killing here,” he said in Tagalog, adding that the officers in the field made the right call.

Among those killed were the mayor’s brother, Octavio Parojinog, a provincial board member, GMA News reported. Police seized several weapons, bags of suspected methamphetamine and cash after raiding the mayor’s home and three other residences, according to media reports.

Espenido said that Parojinog’s family is the main trafficker of drugs in Ozamiz and that drugs that reached the city came from the New Bilibid Prison in Muntinlupa city, Metro Manila. Duterte said last year that the majority of drug transactions happen inside the prison.

The drug trade has become so rampant that it prompted the resignation of Bureau of Corrections Chief Benjamin Delos Santos this month, the Philippine Inquirer reported. He told reporters that the “resurgence of drug trade has made me irrelevant.”

Reynaldo Parojinog’s name gained national spotlight last year after Duterte accused him and more than 150 politicians, judges and other public officials as being involved in the drug trade.

The president read their names during a news conference in August as part of a shame campaign.

In November, Rolando Espinosa Sr., mayor of Albuera in the Leyte province in the Visayas region, was reportedly killed in his jail cell during a gunfight with police. Espinosa and another inmate allegedly fired at officers raiding their cell for suspected illegal firearms, according to the Philippine Inquirer.

Senate Minority Leader Franklin Drilon questioned the circumstances surrounding the deaths of Parojinog and Espinosa, both of whom were killed during predawn raids.

“Why are search warrants, served before dawn as in the cases of Mayor Espinosa and now, Mayor Parojinog, result(ing) in the deaths of the persons being searched? Both are tagged as drug lords. Too much of a coincidence?” Drilon said in a statement, according to Rappler.

Just a week before Espinosa’s death, another small-town mayor, Samsudin Dimaukom, was killed in what authorities said was a gun battle with law enforcement. Police said Dimaukom and his men fired at officers who had set up a checkpoint after receiving reports that the mayor and others were on their way to transport illegal drugs, according to CNN Philippines.

Duterte has publicly linked all three mayors to the drug trade.

The controversial president, known to use expletives during interviews and speeches, ran on a promise to eradicate his country’s long-standing problem with drugs. More than 7,000 deaths have been reported from July 1, 2016, after Duterte took office, to Jan. 21, according to police. Many of the deaths reportedly occurred during police confrontation, but thousands were carried out by vigilantes.

Human rights groups and Western governments have strongly criticized the drug war, citing lack of due process and killings that largely targeted the poor.

“We should be clear what an extrajudicial killing or execution is: It is the purposeful killing of a person by governmental authorities without the sanction of any judicial proceeding. No arrest. no warrant. No judge. No jury. Simply, murder,” Rep. Jim McGovern, D-Mass., said during a recent hearing in Congress on Duterte’s drug war.

McGovern also said that someone with Duterte’s abysmal human rights record should not be invited to the United States. President Donald Trump stirred controversy in the spring when he invited Duterte to the White House.

In response, Duterte lashed out at McGovern, as he has often done at his critics, including former president Barack Obama.

“There will never be a time that I will go to America during my term or even thereafter. So what makes that guy think I’ll go to America? I’ve seen America, and it’s lousy,” Duterte told reporters, referring to McGovern. 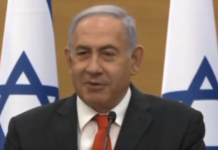