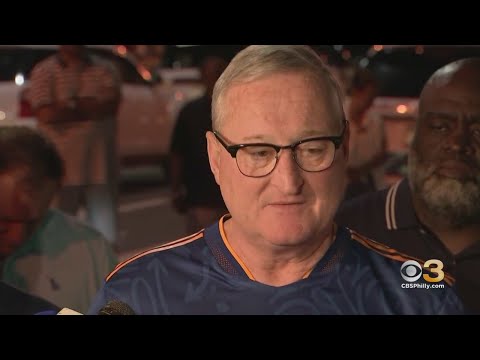 Philadelphia Mayor Jim Kenney has said he’s so fed up with having to worry about guns and “bad” things happening that he’ll be “happy” to not be mayor anymore. In an interview after two police officers were shot during the city’s Fourth of July fireworks and at least six people were killed in a mass shooting at a parade in Highland Park, Illinois, Kenney complained of a lack of gun control in Pennsylvania.

The holiday had started out “laid-back” and “chill” before the multiple shootings, he told reporters, “but we live in America, and we have the Second Amendment, and we have the Supreme Court of the United States telling everybody they can carry a gun wherever they want.” He went on to say he would “take care of guns” if he could, but said lawmakers “won’t let” the necessary gun-control measures go anywhere.

“This is a gun country, it’s crazy, we’re the most armed country in world history and we’re one of the least safest. Until Americans decide that they want to give up the guns, and give up the opportunity to get guns, we’re gonna have this problem,” he said, before adding: “I’ll be happy when I’m not… mayor.”