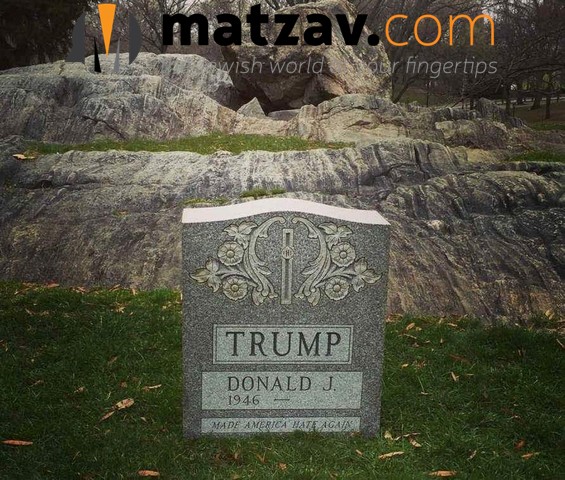 A tombstone in Central Park with Donald Trump’s name on it mysteriously appeared, but what then reportedly taken down just as fast.

There is no word who erected the tombstone in honor of, or apparently to mock, the Republican presidential candidate.