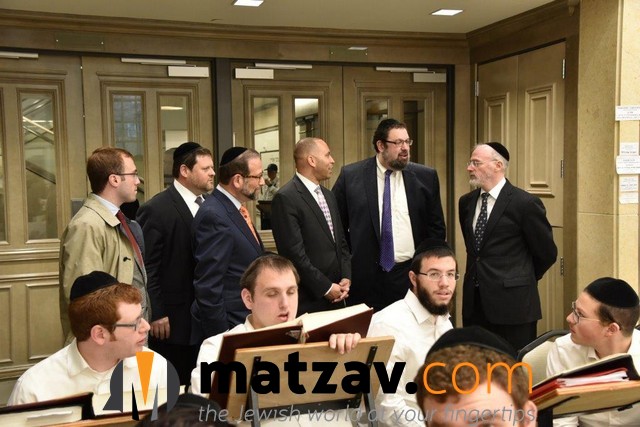 Congressman Jeffries represents the Brooklyn neighborhoods of Sea Gate, Coney Island, Brighton Beach, Manhattan Beach, Bedford-Stuyvesant, East New York, Canarsie and parts of Queens. The Congressman was accompanied by activists Chaskel Bennett, Leon Goldenberg, Avi Schick, Isaac Sofer and Yossi Menczer, all of whom spoke of his long-standing relationship with the frum community going back to his days as an assemblyman representing parts of north Brooklyn, including Williamsburg.

Following the tour, a luncheon was held in Rabbi Kotler’s office in the congressman’s honor. The event was attended by Lakewood Mayor Menashe Miller and Deputy Mayor Isaac Akerman, local askanim, as well as a number of Lakewood residents with roots in neighborhoods in the congressman’s district.

Mayor Miller asked several alumni of the yeshiva to speak of their role in building Lakewood’s businesses and remarkable chesed infrastructure.

Mr. Chaskel Bennett spoke of Congressman Jeffries’ warm relationship with the Jewish community and his staunch support for Israel.

Congressman Jeffries shared how deeply impressed he was by the intensity of the learning he witnessed and the incredible growth of Lakewood Township. He spoke passionately of his belief that for those who choose to educate their children in a manner that helps them maintain their religion and culture, government should not be an obstacle. Rather, he said, government should, in an appropriate manner, facilitate the parents’ ability to make the right choice for their children.

He also spoke of the United States Constitution’s dual protections in regard to religion: the Establishment Clause, which bars the government from establishing a state religion, unlike countries such as Great Britain or Iceland that have official state churches, and the Free Exercise Clause, which is meant to protect citizens in their pursuit of their own religion.

Congressman Jeffries also spoke of the founding fathers’ unusual insertion of Patent Protection into the Constitution. Why, he asked, was this so important as to merit special attention with the Constitution setting up a Patent Protection Office? Jeffries explained that the founding fathers understood that the true capital of a nation is not only in its land and labor, but the power of the people’s minds and intellect.  He drew a parallel to Bais Medrash Govoah and Lakewood, which has become a great communal center and economic engine solely as a result of the exercise of the minds and spirits of its students. He described his own work on the House Judiciary Committee and its subcommittees for patent protection.

Jeffries serves on the U.S. House of Representatives Committee on Education and the Workforce. The committee is working this year on the reauthorization of the Higher Education Act, which governs Pell grants and other programs that fund yeshiva gedolah education at some 90-plus yeshivos across the country, including 50 in Brooklyn alone.

The  congressman explained that as one of only two members of the Committee from New York – with none being from New Jersey – he will be looking out to ensure that the concerns and needs of yeshiva students are heard and addressed as the bill makes its way through Congress in the coming months.

He closed his remarks with a rousing call to the group of guests who gathered in his honor, asking them to continue building their community with faith, honor and dignity. 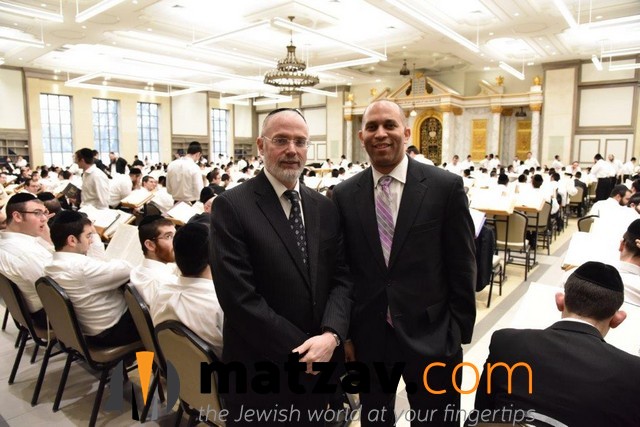 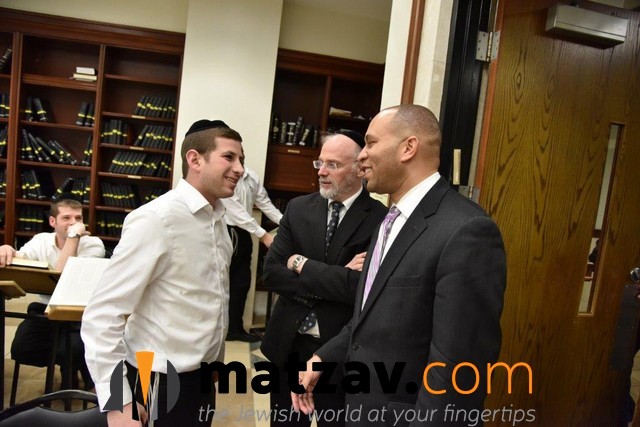 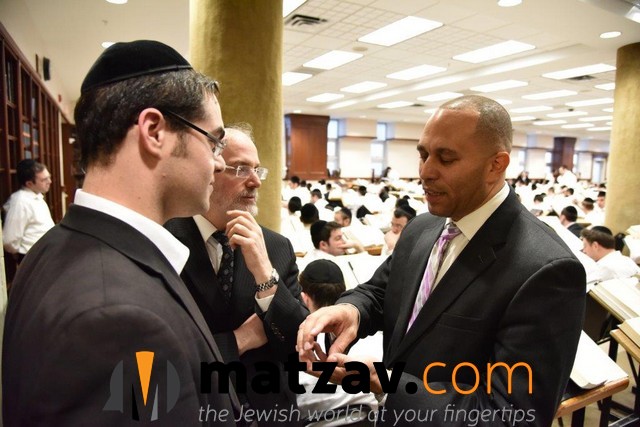 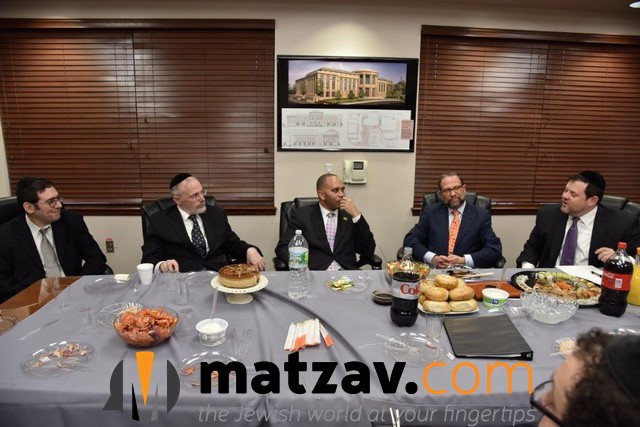 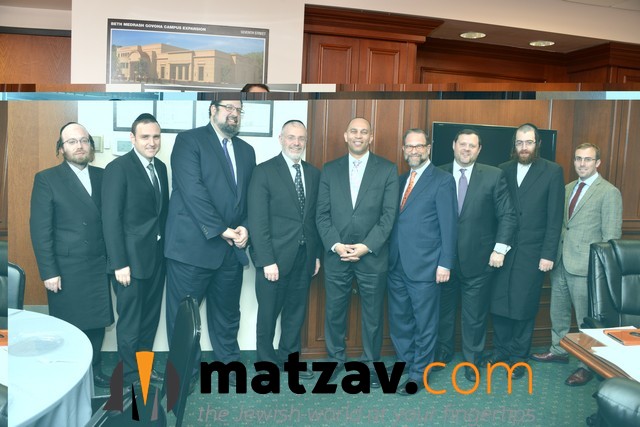