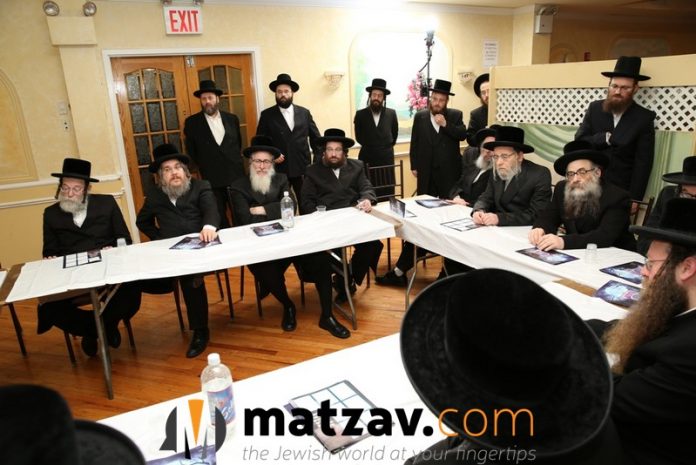 On Wednesday, a gathering took place at the Tosh hall in Boro Park, with prominent askanim, Rabbis and local residents joining in an effort to expand Avihem’s outreach. The asifa was inspiring in its turnout and was initiated to benefit Avihem, a financial collaboration which has been founded to assist orphans with wedding expenses.

During the asifa, all present participated in a collaborated effort to help initiate a call for additional funding in order to fill the growing demand.

Avihem was founded a couple of years ago, in response to a desperate plea for help from one young kallah. lt started in a combined effort of good hearted benefactors and community activists, with askan R’ Shmuel Yoel Feldbrand Shlit’a at the helm. Once R’ Shmuel Yoel got wind of the heartrending situation of the young orphans who lacked basic funds to make it to the chuppah, he knew he wouldn’t rest until their cries were answered. Many of these recipients have suffered the loss of one or both parents and have no one to spearhead the basic costs as they look toward a possibility of building their own bayis neeman.

The organization started from the ground up, its founders making it their agenda via door to door treks and arduous efforts, Last week’s event was one of little fanfare but much moral support. Having secured sizeable funds from local constituents and community members, the unity of klal yisroel was self evident in the low profile donations they so generously offered.

The last couple of years were difficult, with the organization’s founding partners securing thousands of hard earned dollars in distribution toward marrying off these yesomim, The list of chasanim and kallahs have grown and the phone lines at Avihem are constantly ringing with the pleas of desperate families who rely on  our  assistance, What should’ve been a call for joy, a simcha in its greatest sense, becomes a call of desperation. Being privy to such pain is difficult to bear, particularly when a wedding needs to be postponed- simply because there are no funds to pay for the simplest of wedding expenses,

At Avihem, each caller is greeted by a listening ear and comforting promise. Chasanim and kallahs receive more than just your donation, they receive peace of mind so that their happiest moments are punctuated by menuchas hanefesh in the mazeldige shu,

Up until now, Avihem was able to subsist  on   minimal exposure and a low profile, lt is a tremendous responsibility to shoulder so many unfulfilled promises, which is why the need suddenly came about for large scale fundraising to keep up with the call volume. lt became clear that a wider channel of donor funding was in order. Prompted by an abundant cry for help, the askanim arranged this urgent collaboration to collect the necessary funding.

At Wednesday’s asifa, the Rabbanim praised the efforts of all individuals and founders involved, as well as facilitated a give and take סf ideas for expanding this mission to  neighboring communities.

The keynote speaker, Harav Yechiel Mechel Steinmetz Shlita, Skverer dayan of Boro Park and Nasi hamosed urged the people at the event to be strong in their commitment, stressing the importance of expanded efforts. With divrei chizuk and words of Torah, Rav Steinmetz left an indelible impression on all those present.

What followed the initial speech was a detailed account regarding the organization’s humble beginnings by R’ Feldbrand himself, a beacon סf chesed and founder סf Avihem. Sharing the joy and the grief, R’ Yoel walked attendees through the initial stages of Avihem and expressed the simcha of the chasanim and kallahs that have benefited from the organization’s outstretched hand. He spoke of past and present, focusing  on     ways to fill the enormous demand that hits Avihem חס  daily basis. The final statement was issued by Harav Benzion Katz Shlita, Dzibo Dayan of Boro Park who testified to having personally witnessed Avihem at work, outlining the tremendous zechus סf its undertaking and praising those who take part in its distribution.

The gathering left inspiration in its wake, with the askanim feeling optimistic toward the avodas hakodesh that is Avihem. The chizzuk and support of the prominent gedolim at the asifa provided much needed inspiration to proceed in this arduous task. By helping Avihem, there is סח    doubt  that the Avi shel yesomim, the father of all orphans, will mirror the bounty with abundant and infinite blessings. Amen. 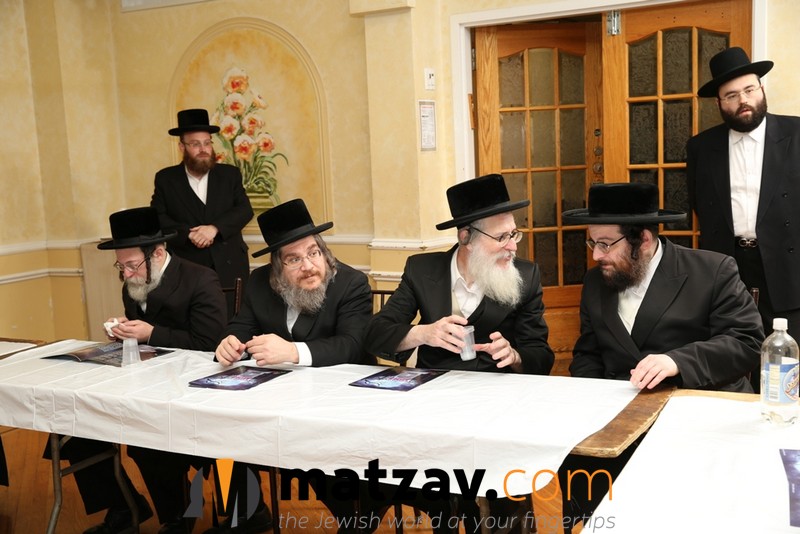 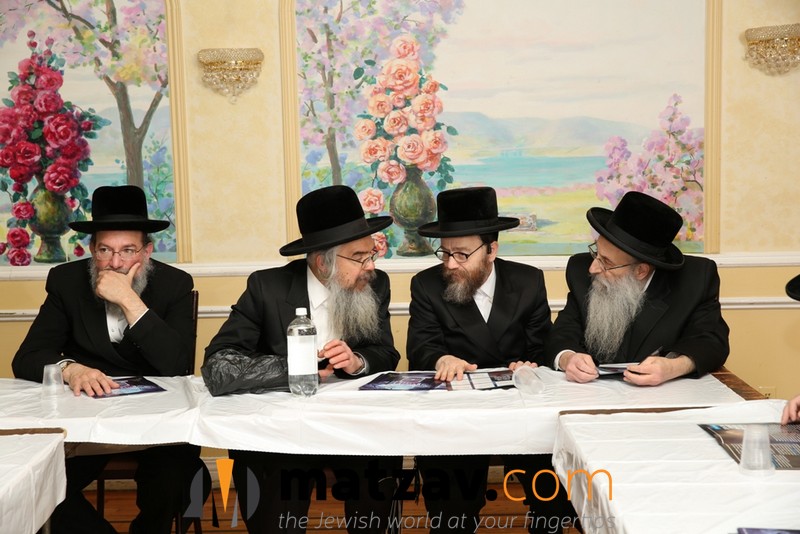 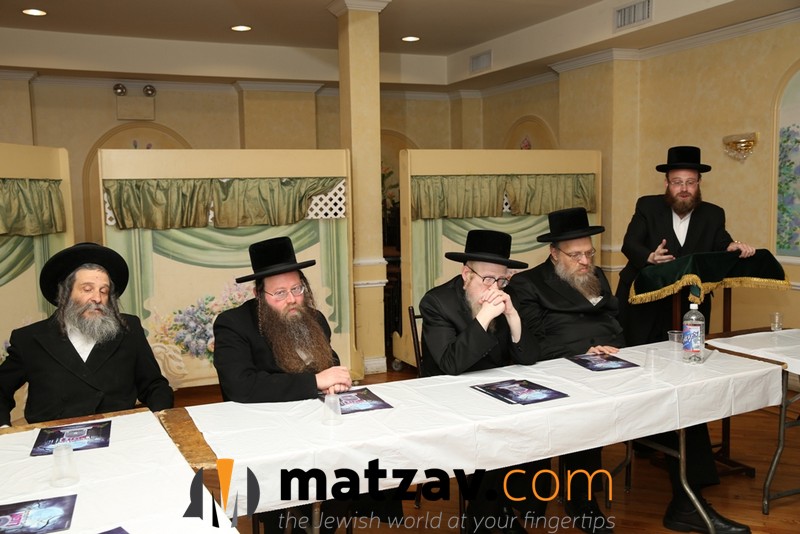 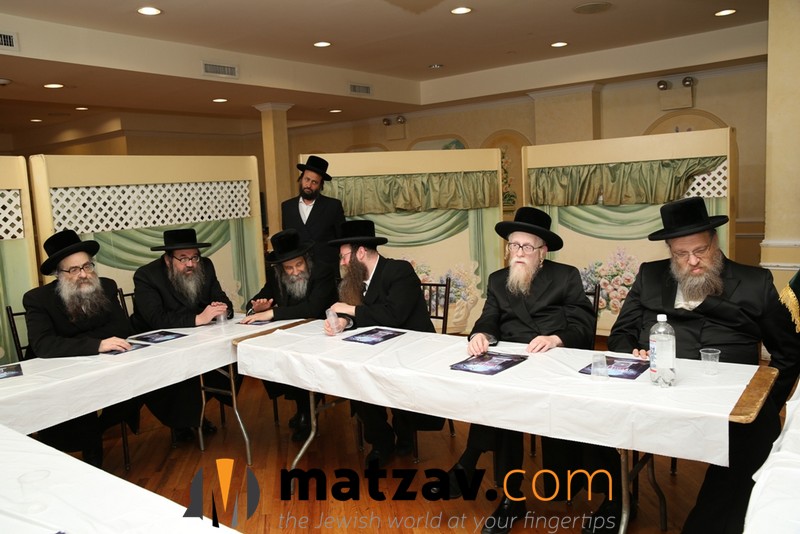 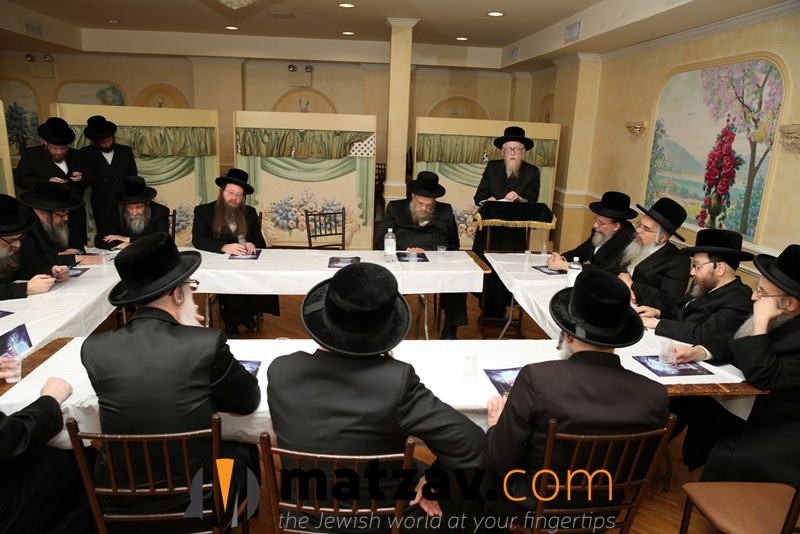 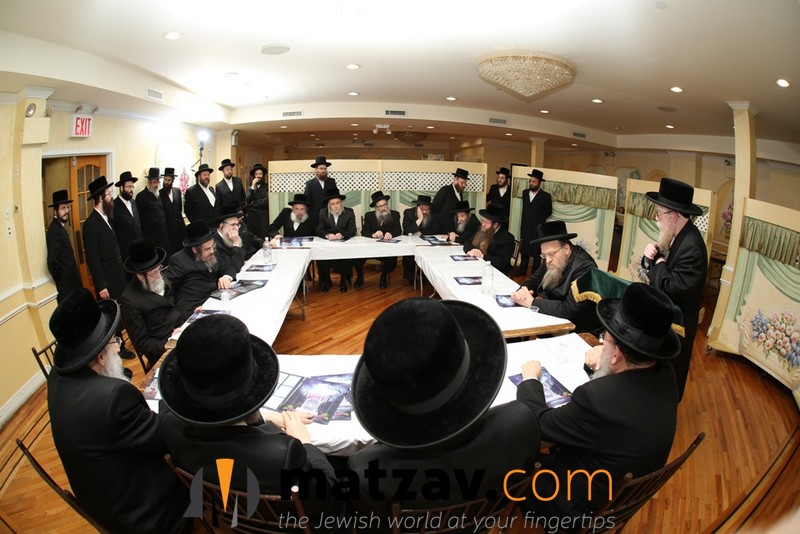 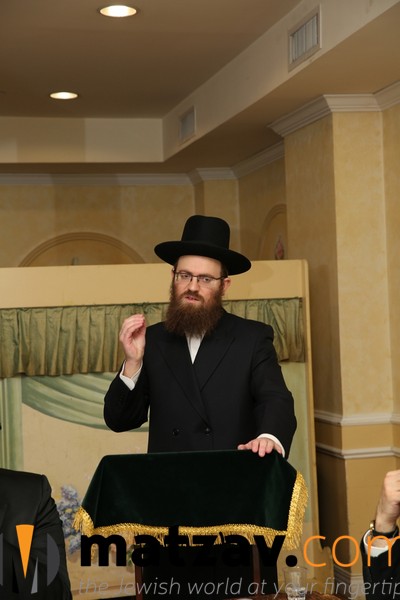 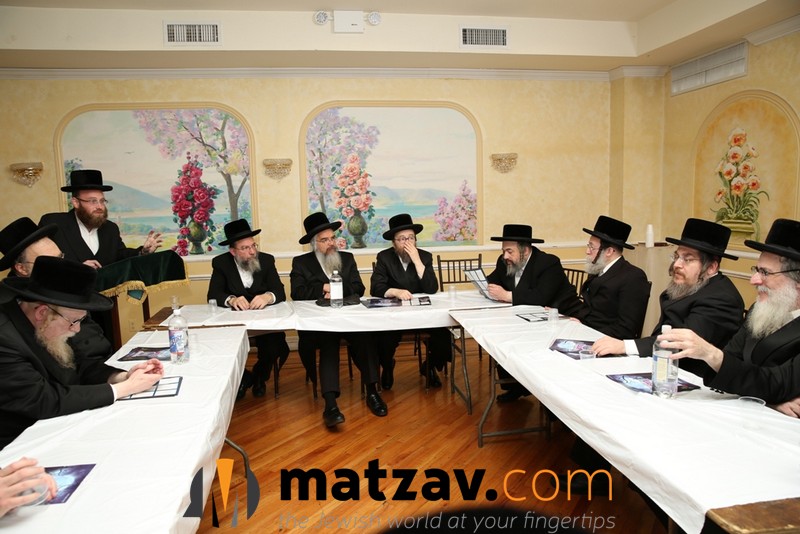 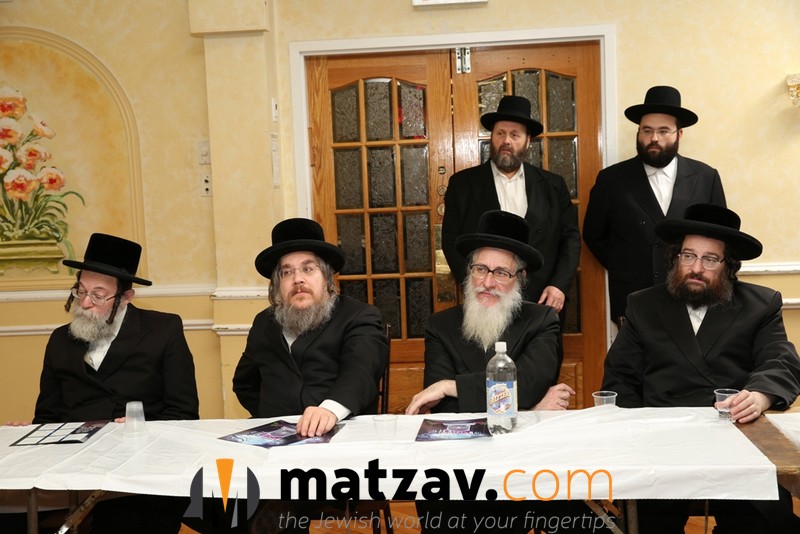 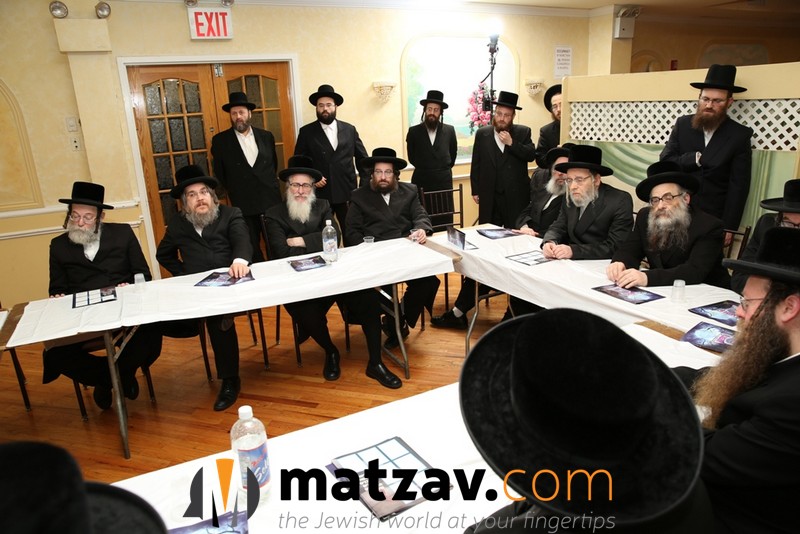 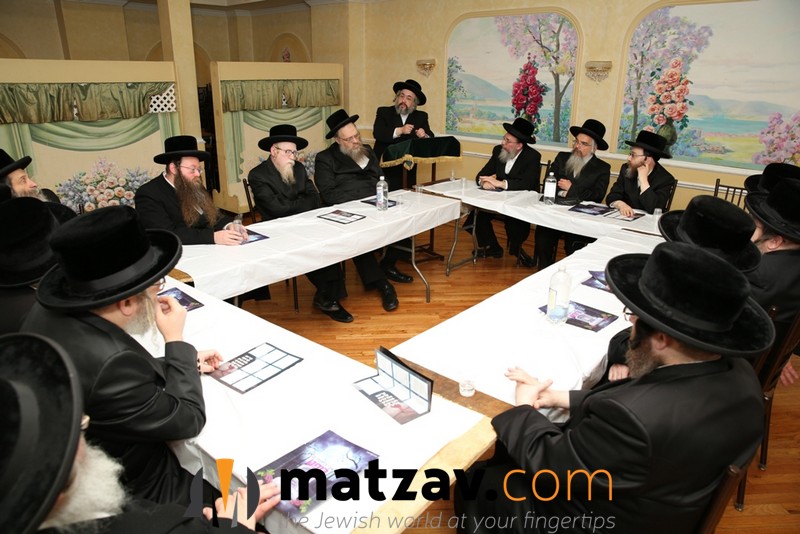 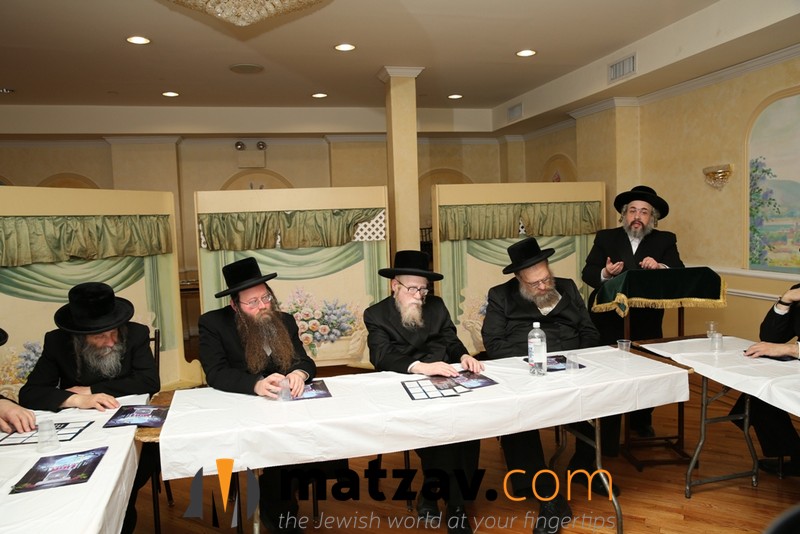 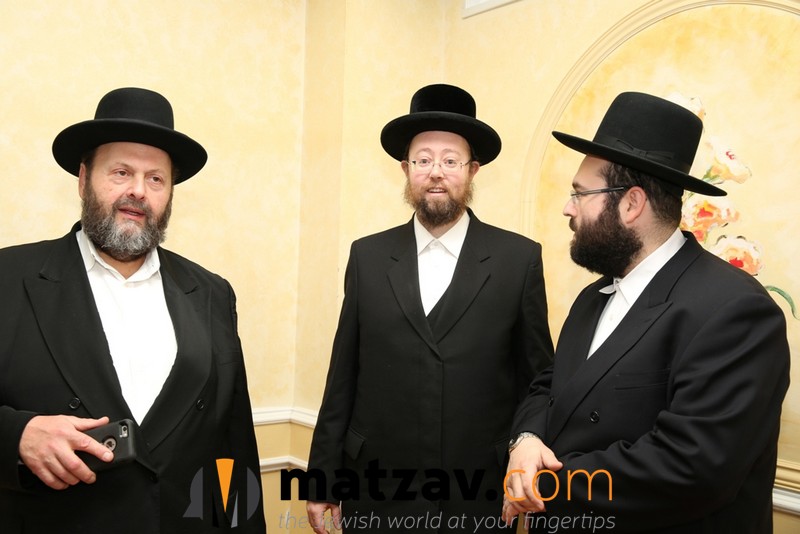