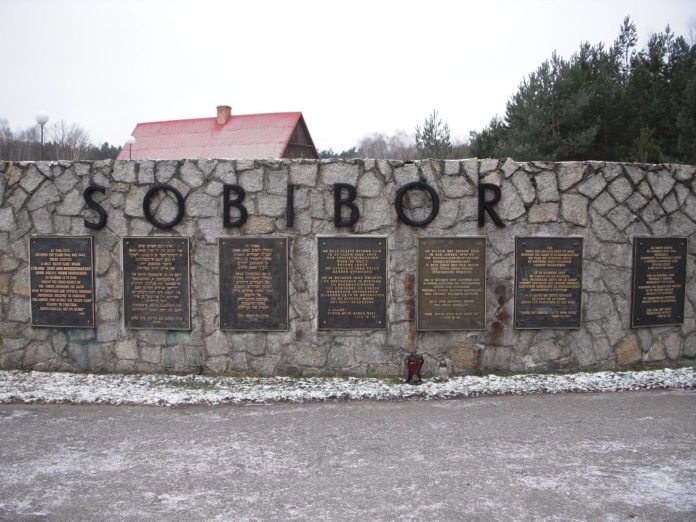 Historians in Germany have unearthed hundreds of photos of the notorious Sobibor death camp and other key sites in the Nazi extermination machine, stashed for decades in albums belonging to the camp’s deputy commandant and in the attic and cupboards of the family home.

Previously, only two images of Sobibor existed in the archival record. The SS bulldozed the death camp – in a swampy, wooded area about 120 miles southeast of Warsaw – to hide evidence of mass murder.

Historians had to rely on descriptions of Sobibor from Nazi perpetrators and a handful of Jewish survivors, who detailed a dense perimeter of trees, a 50-foot-wide minefield beyond barbed-wire fences and a narrow pathway known as a the “tube” that connected the reception area to the gas chambers.

The photos, made public in Berlin on Tuesday, following the 75th anniversary of the liberation of Auschwitz, for the first time show SS leaders and their auxiliaries at Sobibor.

The images do not document the atrocities that went on there – how, in a period of 17 months, at least 167,000 Jews were killed in the gas chambers, their bodies later burned over an oven made of rail tracks.

Rather, historians in Germany and Washington describe the images as a devastating reminder of how life went on amid industrialized murder. The photos show smiling German officers posing with piglets and listening to an accordion player. Some sip on crystal glasses possibly stolen from their victims.

“It’s really disturbing,” said Andreas Kahrs, a historian with the Stanislaw Hantz Educational Center in Germany, which helped collect and analyze the photos. “You’d never guess that these SS officers drinking wine and beer are there at Sobibor. Then you realize the context. You know they are picnicking surrounded by the belongings of the Jews they murdered.”

One photo offers a glimpse of the roof of the gas chamber at Sobibor, along with a building where Jewish women were forced to shave their heads. Another shows the benign entrance of the death camp, where a fence stuffed with pine branches obscures what was happening inside. A third shows SS officers drinking and grinning on a patio of a mess hall known as the “Casino.”

“Having a happy hour in the midst of mass murder,” noted U.S. Holocaust Memorial Museum historian Edna Friedberg, who reviewed the photos.

All told, historians gathered 361 photos, including 62 from Sobibor. The images belonged to Johann Niemann, one of the top SS officers at the death camp, who documented his rise through the ranks of the Third Reich in two photo albums: one bound in synthetic leather embossed with the name of his previous SS unit, the other with an image of a sailing ship on the cover.

He died in October 1943, when the 600 remaining prisoners at Sobibor staged a revolt, killing more than a dozen German officers and auxiliary guards. Niemann, the acting commandant at the time, was lured to the tailor’s barracks with the promise of a leather jacket and killed by an ax to the head.

After a hero’s funeral, his belongings were sent to his wife. The photographs came to light through a German historian, Hermann Adams, who was researching Niemann’s role in the Holocaust and reached out to his descendants. Neimann’s grandson agreed to make the photos public and available for historical research, and Adams handed them over to the Stanislaw Center in 2015. A research team found more photos and documents in the family home last year.

The team contacted the U.S. Holocaust Memorial Museum, which will be given the original photos to preserve, study and potentially display to the public.

“Our jaws dropped because Sobibor had really, until now, been sort of a black hole, and here was this direct, literal lens into this site,” Friedberg said.

The photos follow Niemann’s participation in Operation Reinhard, the secret SS plan to annihilate the Jews of occupied Poland. More than 1.7 million Jews were murdered between 1942 and 1943.

Early on during the war, Niemann was selected to help “euthanize” people with disabilities and mental illnesses, including children. One photo from the summer of 1940 shows him just outside a gassing station in Germany, crouched on a canoe with two other men.

“Because he showed he was so willing to realize these terrible, terrible crimes, he was selected again,” said Martin Cüppers, a historian involved in the project from the University of Stuttgart.

In 1942, Niemann was sent to the Belzec death camp.

Later in Sobibor, Niemann is shown posing on a horse on the ramp used to move terrified Jews from the trains to the gas chambers.

“Tens and tens of thousands of innocent human beings went to their deaths and for him, it was just a stage to pose for a vanity shot,” Friedberg said.

Niemann’s photos of auxiliary guards from an SS training camp in the nearby Polish village of Trawniki were particularly intriguing to historians. Only a small number of German officers staffed the death camps. Instead, historians say, the SS relied on the men from Trawniki to guard prisoners and operate the gas chambers.

More than 400 Trawniki-trained guards served at Sobibor between 1942 and 1944, said Peter Black, former senior historian at the U.S. Holocaust Memorial Museum who assisted one of the scholars in Germany.

Historians in Germany said two photos of Trawniki guards may include accused Nazi collaborator John Demjanjuk, who was denaturalized in the United States and sent to Germany in 2009 to stand trial for his actions at Sobibor. Demjanjuk was convicted in 2011 and sentenced to prison for his role in the murder of more than 28,000 Jews at the death camp. He died a year later while the case was on appeal.

The historians in Germany said they worked with German police experts to try to identify Demjanjuk. Historians in Washington who reviewed the photos said they were unsure about the identification and that the images would require additional study.

“Whether or not it’s Demjanjuk almost feels irrelevant to me when we remember that he is one of thousands of these people,” Friedberg said. “It’s very easy for us to be kind of distracted by a cameo and lose sight of the big picture.”

Some of the photos recovered by historians show Niemann and Sobibor personnel on a field trip to Berlin. The group snapped photos on breaks by the side of the road, in beer gardens and at historical monuments. They are also pictured with high-ranking members of Hitler’s Chancellery.

“They returned to the so-called normal world, the world of morals, of families, of more human ways of doing things, and then returned and continued doing this slaughter of human beings,” Friedberg said.

Only about 50 Jewish prisoners survived Sobibor.

Rena Smith, whose father, Thomas Blatt, escaped at 16 and went on to spend his life talking and writing about Sobibor, said the newly discovered photos would have given him a “deeply personal sense of validation.” Blatt, who settled in California, died in 2015 at 88.

“In his lifetime, he did see attempts to change history – people asking, ‘Did it really happen? Was it real?’ It was deeply disturbing to him,” Smith said. “Photo evidence adds security to the transmission of memory. It’s a vehicle of understanding for future generations. I think it would bring him hope.” 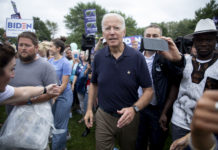