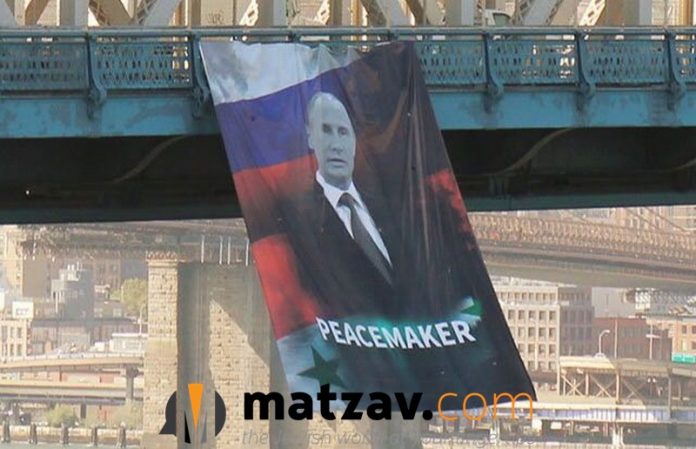 A giant poster of Russian President Vladimir Putin was draped along the side of the Manhattan Bridge on Thursday afternoon, reports Natalie Musumeci and Gabrielle Fonrouge for the NY Post. The massive banner featured the Russian leader in a suit and tie against the backdrop of the country’s flag along with the word “peacemaker” emblazoned at the bottom.

The NYPD received a 911 call about the approximately 20-by-30-foot banner hanging above Adams Street and John Street in Brooklyn around 2:30 p.m., a police spokesman said. Responding police officers removed the flag around 2:55 p.m. Read more at NY Post. 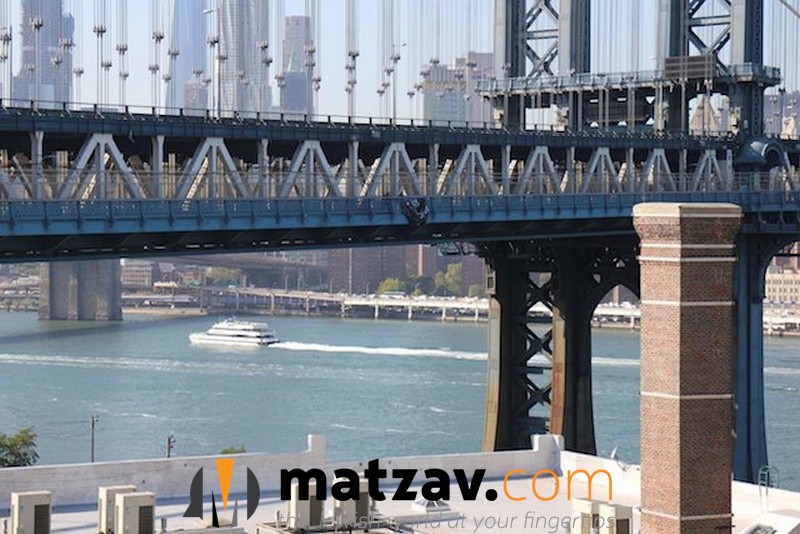 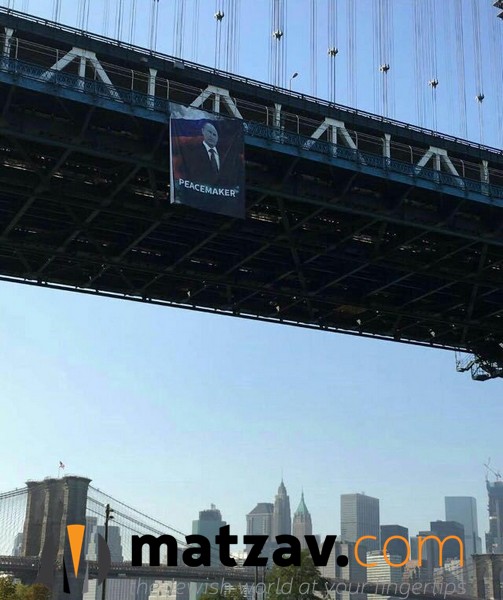