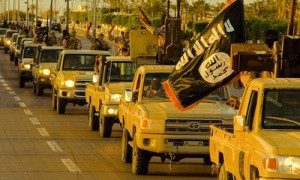 U.N. Security Council Resolution 2249, passed unanimously on Nov. 20, sums up the consensus that the Islamic State (aka ISIS, ISIL Daesh), poses a mortal danger to civilization by calling it an “unprecedented threat to international peace and security.” There’s also a widespread sense that ISIS will be around for a long time; for example, Barack Obama has predicted that the fight against it will be “a long-term campaign.” Permit me to disagree strenuously on both counts.

On the first: ISIS is not exactly the equivalent of Nazi Germany. It’s a little bug that the powers could quash at will if they put their minds to it. It survives only because no one really takes it seriously enough to fight with ground troops, the only gauge of an intention to prevail.

On the second: Between its alienation of its subject population and its gratuitous and unrestrained violence toward foreign countries, ISIS has made enemies of nearly everyone. Recent days alone have seen attacks on three powerful states: Turkey (the bombing in Ankara), Russia (the airliner over Sinai), and France (the attacks in Paris). This is not a path for survival. Friendless and despised, its every success shortens its life.

Contrary to other analysts, I foresee that ISIS will disappear without warning and as abruptly as it arose. This could follow on some combination of internal revolt, internecine feuds, economic collapse, and external attack.

And when that happy day comes, we can all focus on the real “unprecedented threat to international peace and security,” namely nuclear weapons in the hands of Iran’s apocalyptic leadership.