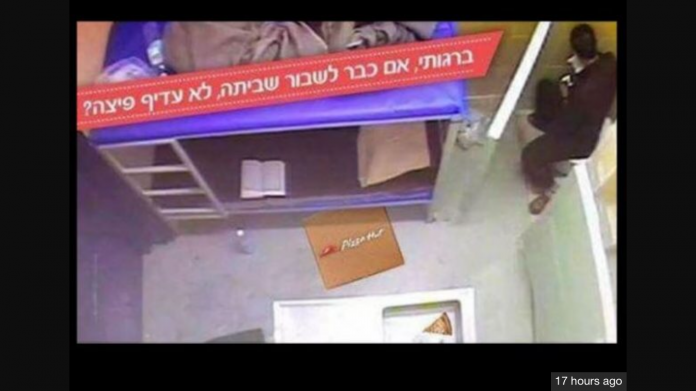 Pizza Hut then published a Facebook post with a pizza box superimposed on Barghouti’s prison cell asking if he would rather have broken his hunger strike with a pizza.

The ad outraged the Palestinian community, who called for an immediate boycott of the franchise. 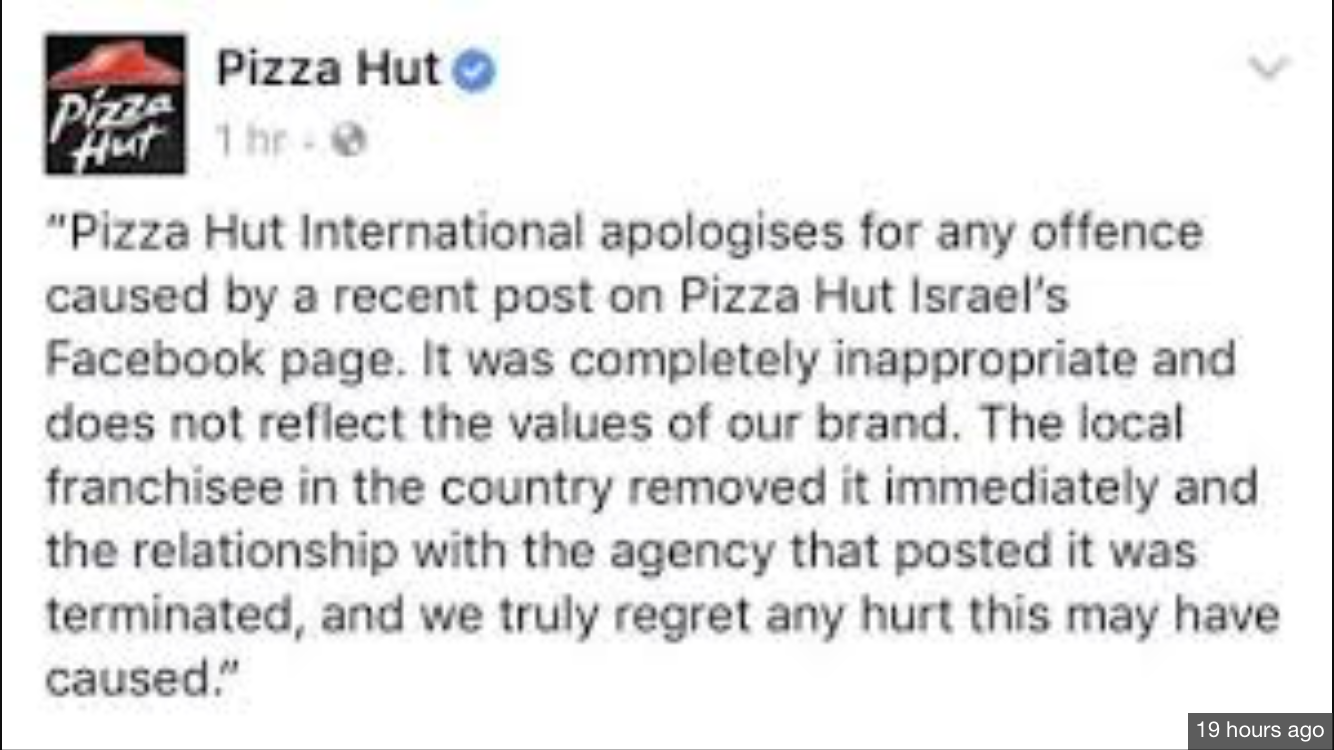 Pizza Hut deleted the Facebook post and apologized. The company also fired the advertising firm responsible for the ad. The Palestinian Prisoners’ Media Committee called off its boycott of Pizza Hut after accepting the apology.