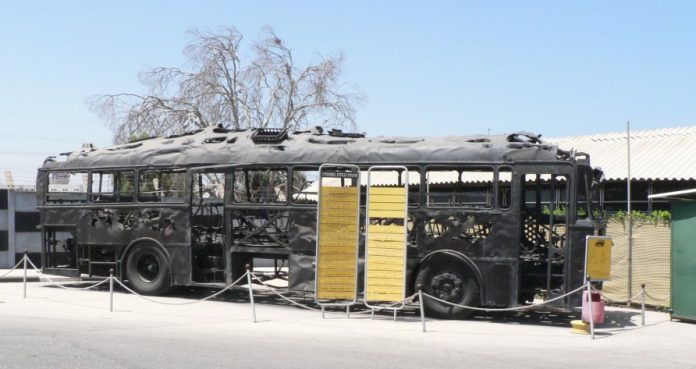 The Palestine Liberation Organization’s (PLO) Supreme Council for Youth and Sports recently announced that it will name a youth camp after Dalal Mughrabi, a female Palestinian terrorist who masterminded a terror attack that killed 37 Israeli civilians, including 12 children.

During that 1978 attack, known as the Coastal Road massacre, Palestinian terrorists hijacked a bus on Israel’s Coastal Highway near Tel Aviv and embarked on a murderous rampage with Kalashnikov rifles, mortars, grenades and explosives. It remains the deadliest terror attack ever carried out in Israel.

The PLO’s decision to name a youth camp after the attack’s orchestrator, Mughrabi, was received enthusiastically by the District Governor of Ramallah Laila Ghannam, who praised the initiative for “remembering the pure-hearted martyrs” and insisted on a “solidarity rally” to commemorate the terrorists who carried out the massacre, Palestinian Media Watch (PMW) reported March 5. Ghannam’s lauding of the initiative was prominently featured on the PLO Council for Youth’s official Facebook page.

According to PMW, an organization that monitors Palestinian incitement, “it is far from surprising” that the PLO Council for Youth would name a camp after a Palestinian terrorist. The council is headed by Jibril Rajoub, a Palestinian official with a history of endorsing, promoting and glorifying terrorism. JNS.ORG