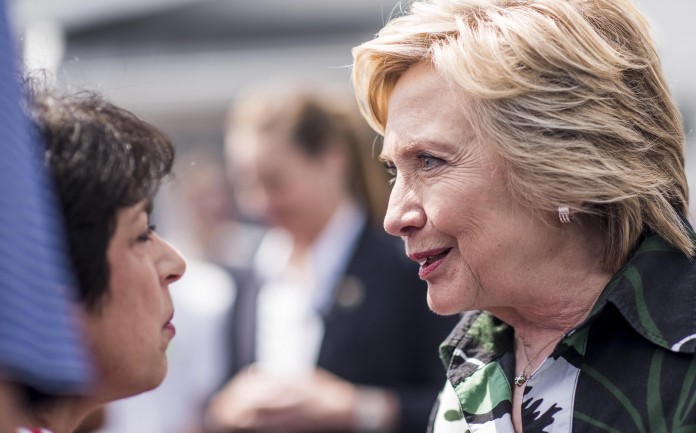 According to a report in People Magazine, pneumonia is spreading among staffers at Hillary Clinton’s campaign headquarters in Brooklyn. The Democratic presidential nominee was diagnosed with the condition Friday, but the campaign didn’t tell the public until Sunday, after Clinton had a fainting episode while visiting the 9/11 memorial in Manhattan.

“Everyone’s been sick,” a source said. The report added that the illness was spreading among campaign staffers and traveling aides beginning in August. Six senior staffers have been affected, including campaign manager Robby Mook, while two high-level advisers needed “emergency medical treatment.” Fundraisers in California that were scheduled for Monday and Tuesday were canceled as the former secretary of State rests and recovers at home.