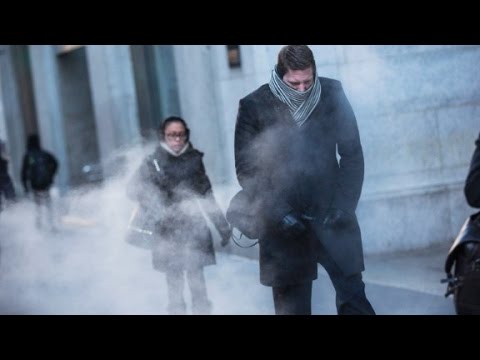 A polar vortex will send a bone-chilling blast of frigid air toward the Big Apple and rest of the Northeast by mid-week, while threatening to bring record-setting low temps in the Midwest.

“It is going to bring in the coldest air mass of the season so far,” AccuWeather senior meteorologist Dave Dombeck told The Post on Monday.

By Wednesday, temps will hit a high of only 28 degrees, while a low of 5 degrees is predicted. Temperatures in the city Thursday are set to reach a teeth-chattering high of 14 degrees and a low of 8 degrees.

Temperatures are slated to remain below freezing through Friday and Saturday.

The National Weather Service in Des Moines, Iowa, warned that “this is the coldest air many of us will have ever experienced” and, if outside, “avoid taking deep breaths, and minimize talking.”

Wednesday could be the coldest day ever recorded in Chicago, with a forecast high of only 14 below zero, the weather service said. There’s also a chance the Windy City will break its all-time coldest temperature record of 27 degrees below zero.

“Some locations in the Midwest will be below zero continuously for 48-72 hours,” according to AccuWeather meteorologist Mike Doll.