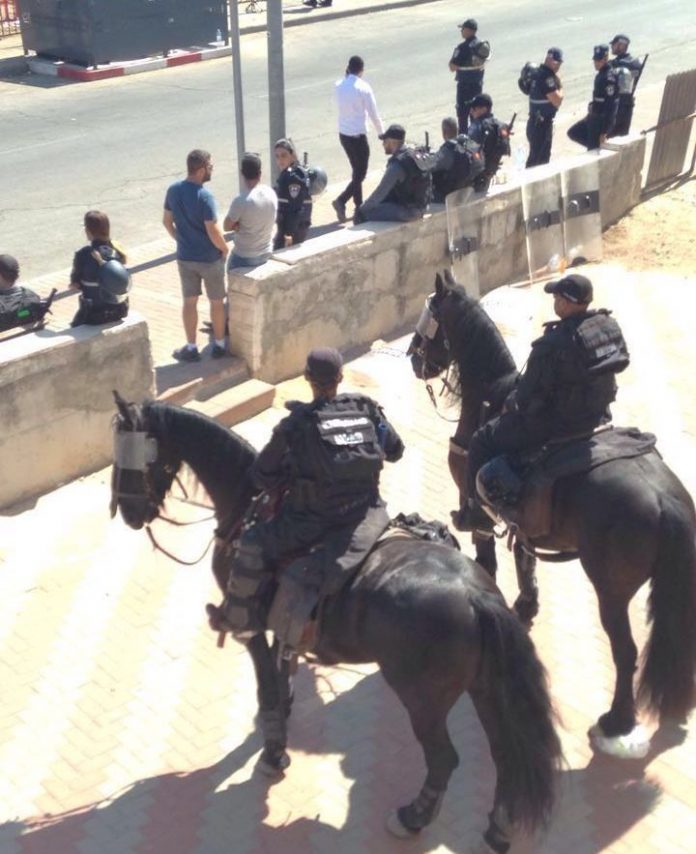 Ahead of a third day of planned protests over the Sunday shooting death by a cop of 19-year-old Ethiopian-Israeli man Soloman Tekah, Israel’s acting police chief, Commissioner Moti Cohen, sent a message to the police force saying no more violence would be tolerated.

“As a police force in a democratic law-abiding country, we are duty-bound to protect the delicate balance between the right to legitimate protest and enforcing the law. Restraint is a form of strength we are required to possess as professionals charged with enabling legitimate protest,” he writes.

He says the police have so far acted with restraint, “in order to allow room for the protest,” but that “some of the protesters broke the law, taking cynical advantage of our efforts to enable the legitimate protest to take place by inflicting serious violence on officers and civilians during riots and road closures.”

He warns: “No more quarter will be given to public disorder, to blocking roads or to violence. We will continue to respond proportionately, and to distinguish between those seeking to express their protest through legal means in a democratic country, and those who incite and assault.”