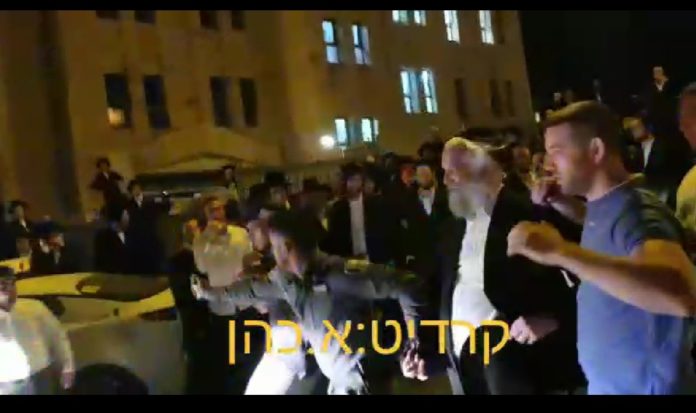 Israel police officers were called to rescue a charediman after a mob formed around him and began to threaten him due to an unclear political reasons.

The incident took place late last night in the Ezras Torah area of Yerushalayim. The older man can be seen being yelled at by dozens of younger charedim, with many callinghim a “shaygetz.” It is unclear what caused this confrontation.

The man was taken into the police and driven away until he was able to disembark safely.