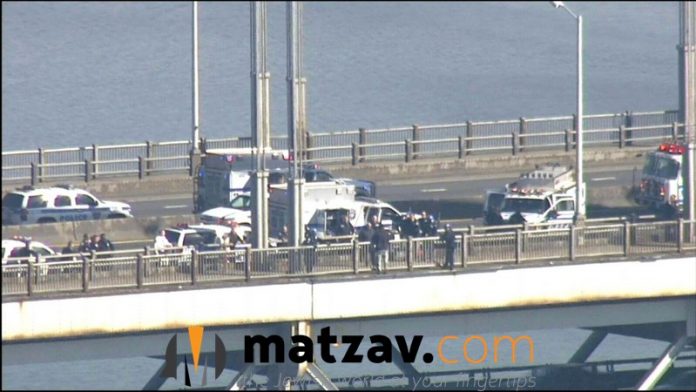 Someone threatening to jump off the George Washington Bridge blocked upper-level traffic this morning, and police were forced to make a high-risk rescue to snatch the squirming man before he fell, NBC NEW YORK reports.

Law enforcement sources told News 4 New York the man had a pellet gun, which he turned over to police at some point during the standoff.

“Port Authority Police and the department’s Emergency Services Unite have taken a would-be jumper into custody at the George Washington Bridge, after negotiating and convincing him to surrender,” the Port Authority of New York and New Jersey said in a statement to NBC New York. “The individual earlier surrendered a weapon to authorities.” 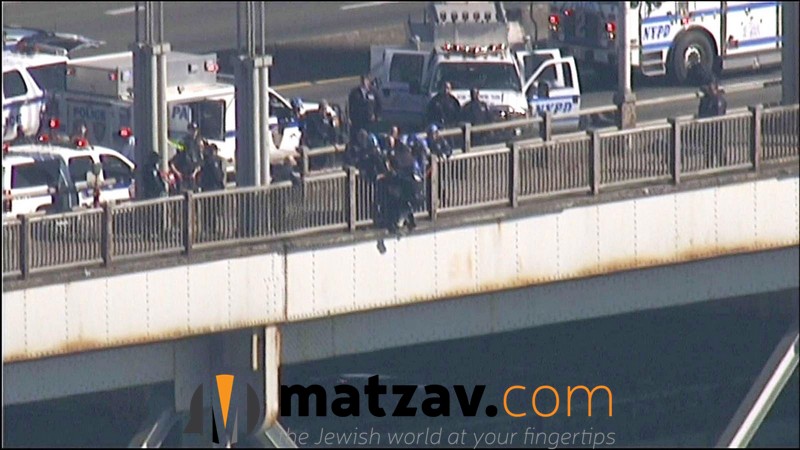