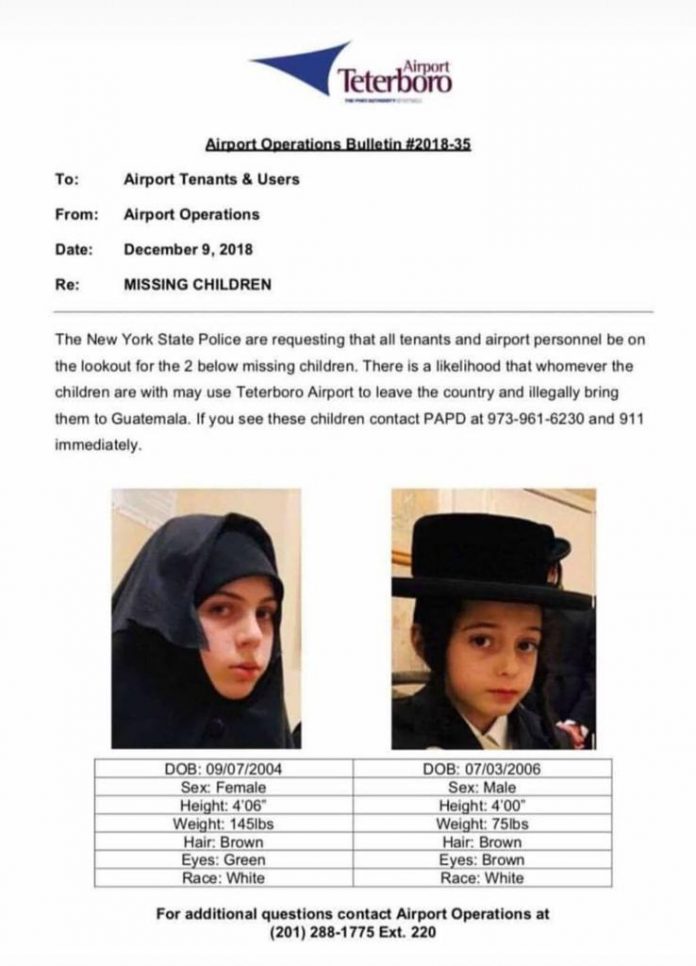 The New York State Police in Liberty are asking for the public’s assistance in locating two missing former members of the Lev Tahor sect who had fled the cult and settled with their families in the Catskills. Desecrating Shabbos, kidnappers from the radical group took the children away in a vehicle this past weekend.

Fourteen-year-old Yante Teller and her 12-year old brother Chaim Teller, were last seen by family on December 8, 2018 getting into a vehicle in front of the home, and it driving away.

Now police have notified Teterboro airport to be on the lookout for the two children. Police belive the kidnappers will try to smuggle the children on an airplane to Guatemala where they force them to rejoin the group.