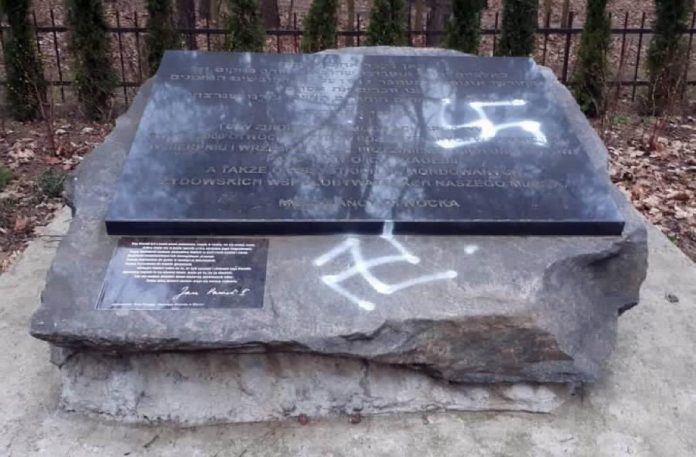 Two swastikas were discovered on a Polish monument marking the mass graves of 2,000 Jews killed in the Holocaust this past Shabbos.

After police finished investigating the scene of the crime in Otwock, Poland, the swastikas were washed off by a local priest, together with two locals.

The ghetto in Otwock was established in the fall of 1940 and saw an estimated 12,000 Jews passed through it. The monument on the site of mass graves in Otwock was built in 1949.