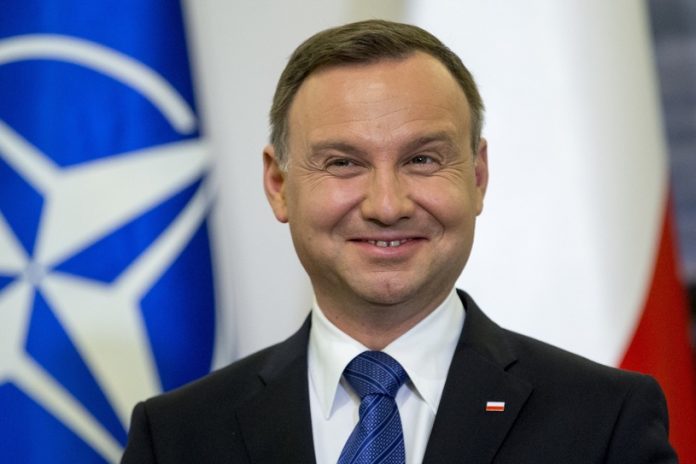 The Prime Minister of Poland has declared that paying compensation for Jewish property stolen during the Holocaust would be a “victory for Hitler” and he will never allow it to happen.

Prime Minister Mateusz Morawiecki made the comments on Friday at a campaign rally in the city of Lodz, which was home to the second-largest Jewish ghetto under Nazi rule.

Calling on Poland to pay compensation for World War II “violates international law and would also be a posthumous victory for Hitler,” he said.

Under his ruling Law and Justice party, he added, “something like this will never happen.”

Relations between Poland and Israel have been strained over the past year as the debate over reparations and Polish guilt regarding the Holocaust has heated up.

Last week, an Israeli man spat on the Polish ambassador to Israel. Morawiecki issued an intense response to the incident, calling it “racist.”

Poland also canceled a visit from an Israeli delegation scheduled for talks on reparations. According to Warsaw, it “decided to cancel the visit of Israeli officials after the Israeli side made last-minute changes in the composition of the delegation suggesting that the talks would primarily focus on the issues related to property restitution.”

Yair Lapid, co-chairman of Israel’s opposition Blue and White party and the son of a Polish Holocaust survivor, shot back, “The Polish government is again embarrassing Israel over the memory of the Holocaust.”

Also in May, thousands of right-wing Poles marched in Warsaw against possible reparations to Jews. Some of the placards read, “Holocaust hyenas.” One protester said, “Americans only think about Jewish and not Polish interests.”

This was a reference to the Justice for Uncompensated Survivors Today (JUST) Act, in which the US Congress called for the US to administrate compensation for stolen Jewish property from various European countries. It provided no means of enforcement, however.

A month before, a smaller protest occurred in New York city, with some demonstrators holding signs saying, “Stop the Holocaust industry.”

Last year, Poland outlawed any speech that blames Poland for the crimes of the Holocaust, leading to a major spat with Israel, with politicians accusing the Poles of denying history and the role of Poles in the extermination of the country’s Jews.