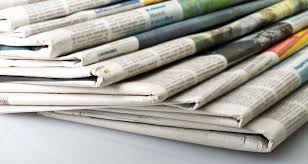 A study released by Gallup and Knight Foundation on Tuesday suggests that Americans are more fed up with the news media than ever.

The released poll shows that the American people are deeply divided — and blame media bias for the problem. 36% of surveyed Americans lay a “moderate amount” of today’s partisan hostility at the feet of the media, and 48% of them believe news outlets have contributed “a great deal” to the problem.

That same overall percentage of Americans believe that the press is “critical” or “very important” to democracy but are unimpressed by the job they have been doing. 37% say they have witnessed a “fair amount” of bias in reporting, while 49% say there is “a great deal” of bias, and a combined 56% even admitted to seeing some level of bias in their primary news source.