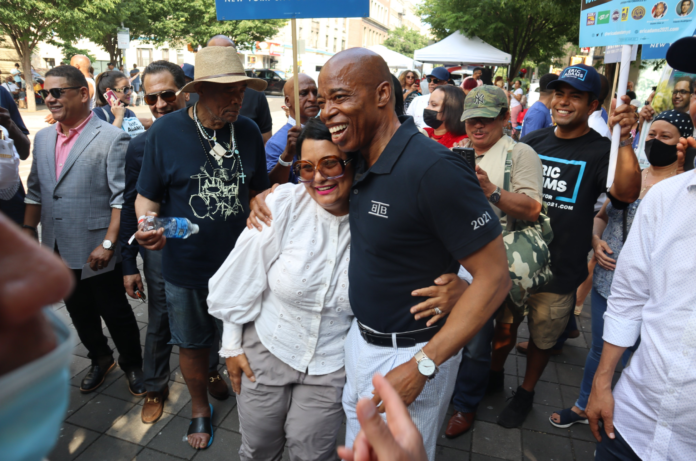 Former NYPD captain Eric Adams still holds a substantial lead in the mayoral race, as safety continues to be the most important issue to about half of Democratic primary voters, according to a new poll.

The Brooklyn borough president is the first choice of 28 percent of Democratic voters, followed by Andrew Yang at 20 percent, former Sanitation Commissioner Kathryn Garcia with 15 percent and former City Hall lawyer Maya Wiley in fourth with 13 percent, according to a NY1/Ipsos survey released Monday, the day before the primary.

The poll of 2,924 New York City residents, conducted from June 10 through June 17, also shows Adams beating Yang 56 to 44 percent in the seventh round of a ranked-choice voting stimulation.