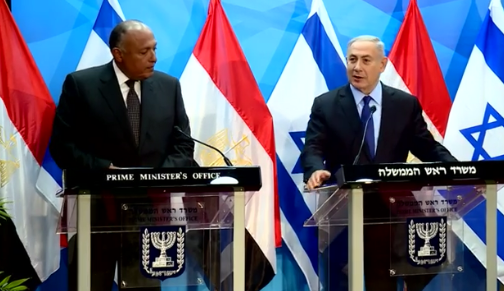 Polls about attitudes towards Israel that the Foreign Ministry conducts worldwide indicate that on average, 75 percent of respondents believe that ties with Israel can be beneficial to their countries.

The ministry conducts these polls on a regular basis to determine Israel’s advantages and disadvantages in world opinion. They are carried out by professional pollsters in each country, and respondents are not informed that the polls were initiated by Israel.

Polls conducted in Arab countries at the end of 2018 checked to what extent respondents wanted their countries to have ties with Israel. It turned out that at a time when closer ties between Israel and Saudi Arabia are the subject of much discussion, only 23 percent of respondents supported the idea of increased ties between the two nations.

Respondents were also asked whether they saw the Palestinian Authority as the main obstacle to Middle East peace. In many of the countries polled, over half of respondents had no opinion.

In the Middle East, 18 percent of respondents agreed with the statement that the P.A. was a roadblock to regional peace, with 29 percent disagreeing, and 53 percent saying they had no opinion.

In Western Europe, 24 percent of respondents supported and 24 percent opposed the claim that the P.A. was preventing peace in the Middle East, and 52 percent had no opinion.

In North America, 30 percent agreed that the P.A. was the main obstacle to Middle East peace, with 19 percent disagreeing, and 51 percent saying they had no opinion.

In Africa, 38 percent of respondents agreed that the P.A. was preventing peace in the Middle East, while 15 percent disagreed, and 47 percent had no opinion.

The numbers for North American were almost identical, with 18% saying they believed Iran was no longer developing nuclear weapons and 33 percent saying they did not believe it had stopped.

Middle Eastern respondents were the most skeptical about Iran, with 43 percent saying they did not believe that Iran had stopped working to achieve nuclear weapons.

On the issue of recognizing Jerusalem as the capital of Israel, most respondents in Latin America said they supported their countries relocating their embassies in Israel to Jerusalem.

A senior official in the Foreign Ministry told Israel Hayom that the figures indicate that attitude toward Israel in the world is remaining positive and steady.

“Throughout most of the world, people think that the Iranian regime cannot be trusted. Other than Europe, we can see that citizens are more grounded in reality than their governments are,” the official said.

“When it comes to the Palestinians, the important figure is actually the actually how uninterested the global public is in the conflict. More than half of respondents had no opinion on the matter. On the other hand, Israel is seen as a country with which having relations is worthwhile. It’s a positive trend because people are seeing Israel’s strengths,” the official added.