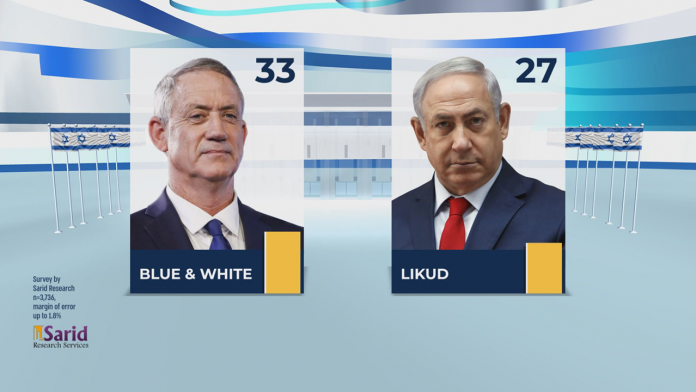 Polling stations closed across the country at 10:00 p.m. local time, with final results expected around noon on Wednesday.

While Gantz appears in position to unseat Netanyahu after more than a decade in power, it remains unclear whether he will be able to pull together enough support to assemble a viable coalition — which requires a 61-seat majority in the 120-seat Knesset (parliament) in order to govern.